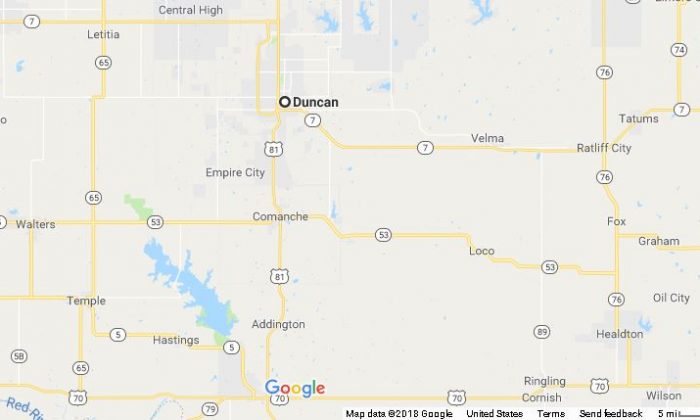 A 3-year-old girl in Oklahoma is dead after her family’s new dog attacked her over the weekend.

Rylee was at home in Duncan with her grandmother when she was mauled.

Her father Jason Dodge had just left the house 20 minutes prior, he told KFOR.

The dog was given to him by a friend five days earlier and there were no signs the dog was vicious, the family said.

When he got a call that there had been an attack, Dodge rushed back and arrived to find his daughter dead and his mother on top of the dog restraining the canine.

When officers arrived on the scene, the dog began to approach them so they shot and killed it, reported KSWO.

Officers are still investigating but say the girl was attacked when she opened her front door to play with the dog outside, where it then attacked and dragged her.

Reports have yet to confirm what breed the dog involved in the attack was.