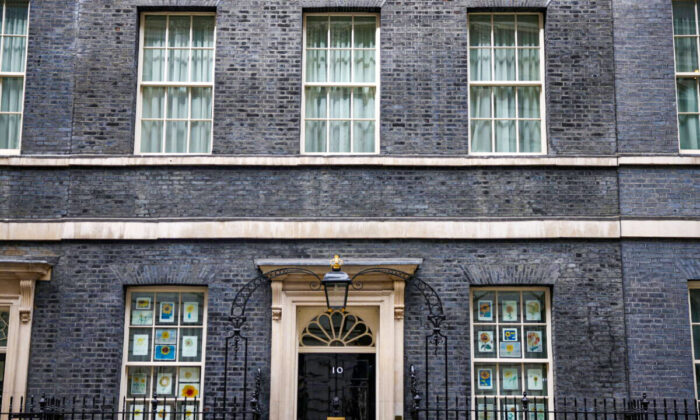 Declaring their candidacies in The Telegraph, Hunt billed himself as the most “experienced” hand in the leadership contest and also attempted to differentiate himself from the crowded field with a pitch based on his decision to stay on the backbench while Johnson was at the helm of the government.

He told the BBC’s “Sunday Morning” programme that there were “a lot of very angry voters” who had abandoned the party in recent months, adding, “They are not going to come back to us automatically and choosing me will be a very strong signal that the Conservative Party has listened to their anger.”

Also speaking to “Sunday Morning,” Javid said that as Tory leader he would keep to the commitment to get to net zero by 2050 and would not scrap the BBC licence fee.

The former Cabinet minister also said he agreed with the policy to send illegal immigrants to Rwanda and said he would not rule out another Scottish independence referendum “forever,” but would not have one “at least for a decade.”

Hunt and Javid, both of whom have served as health secretaries, said they would not only scrap former chancellor Rishi Sunak’s plans to raise corporation tax from 19 percent to 25 percent in April, but reduce the rate to 15 percent.

The contenders’ timescales for the change are different, with Hunt planning to cut the tax in his first autumn budget, while Javid would set a “glide path.”

Javid said he thinks in the current fiscal situation the country can afford to scrap the national insurance hike and still fund the promised boost for the National Health Service (NHS) and social care.

But Hunt said he would not reverse the tax rise because “the NHS needs the money” from the health and social care levy.

International trade minister Penny Mordaunt announced on Sunday morning that she will run for the top job, saying the UK’s leadership “needs to become a little less about the leader and a lot more about the ship.”

The minister, who campaigned for Brexit in the 2016 EU referendum, has said on her campaign website the Conservative Party was elected to “deliver a manifesto.”

Conservative MP Michael Fabricant, who has pledged his support for Mordaunt, described her as “socially liberal” but “a staunch supporter of Brexit who firmly believes in the sovereignty and independence of the United Kingdom.”

She made waves in 2019 as the UK’s first female defence secretary before being fired by Boris Johnson shortly after becoming prime minister.