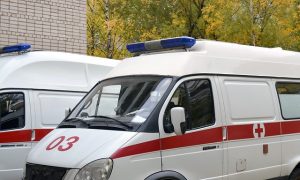 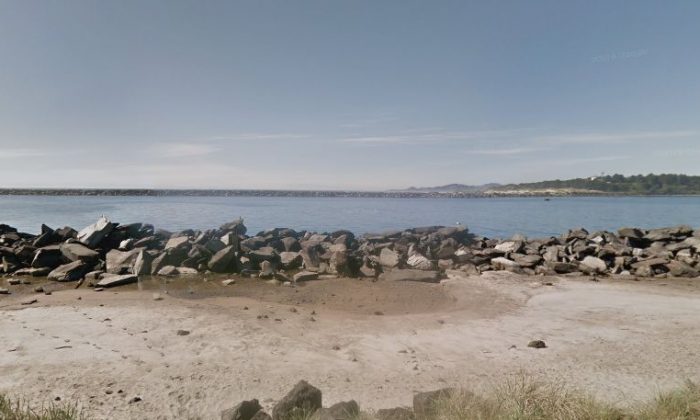 The boat capsized on Jan. 8 at around 10 p.m. local time near Newport, Oregon. A photo shows the beach in Newport (Google Street View)
US News

Three crab fishermen have died after a vessel capsized off the coast of Oregon, and they were later identified.

James Lacey, 48, of South Toms River, New Jersey, was pulled from the ocean by the U.S. Coast Guard before he was taken to a nearby hospital, where he was pronounced dead, reported OPB.

The body of Joshua Porter, 50, of Toledo, Oregon, washed up on a beach on Jan. 9, officials said.

Sad coincidence: Joshua Porter was in a photo on the front page of his local paper (the Newport News-Times) on the same day we all learned of his death in a crabbing boat wreck. More info in this @gflaccus story: https://t.co/iCY2Rmf9BH @AP #RGnews pic.twitter.com/rNzTIg2E8C

The boat’s skipper, Stephen Biernacki, 50, of Barnegat Township, New Jersey, was found in the hull of the boat after the vessel washed up in a jetty, according to the report.

Residents in the town of Newport mourned the loss of the three fishermen.

“It happens frequently enough that we actually have funds that help families during this time,” said Taunette Dixon, head of the nonprofit Newport Fishermen’s Wives, OPB reported. “We fundraise all year long, and we try to help them as much as we can.”

Photos from the Newport News Times show the crew of the Mary B II offloading crab on Monday, days before three fishermen died when it capsized Tuesday night. https://t.co/nXzHxdxjOX pic.twitter.com/fZM92DzIC1

A GoFundMe account was created for a memorial for Porter’s family and has raised thousands of dollars. It said he’s survived by his wife and other family members.

“We are starting this campaign to help offset the expenses associated with funeral arrangements and any additional financial needs for his wife, Denise. The outpouring of love and support has been immeasurable and we want to thank you for your generosity as we struggle to find a way to move forward with such a tragic loss,” it reads.

Porter had expressed concerns over the skipper’s experience.

“Josh had spoken to some people on Friday that this would be his last trip on the boat and as of the 12th he had a new job lined up,” said Celeste Paranto, a friend of Porter’s, reported The Oregonian.

She added: “He told friends that the crew was inexperienced. Those were his words. It’s very sad. Because he was a responsible person he went out on the trip and never returned home. I’m really having a hard time with it.”

There were reports saying that the boat was hit by 15-foot waves.

Thomas Molloy, Yaquina Bay Coast Guard commanding officer, said the Coast Guard began escorting other fishing vessels back after the waves got higher. He said at around 10 p.m., Coast Guard officials spotted the Mary B. II’s light, but its crew wasn’t responding.

“We did some detective work and found a way to reach them,” Molloy told the Oregonian. “They said they were coming back and were not asking for assistance, but we decided to be proactive. We met them at buoy No. 1 and explained our procedure for safely crossing the bar.”

He added: “We got close to the entrance. I began calling and telling them they were lining up too far north—we call them the dumping grounds. Most fishermen here know to avoid them. The boat did not come starboard in time and was swamped. A wave washed right over the top of the pilot house. The boat was washed around the North Jetty and onto the beach.”

It was to be the last trip for Joshua Porter. Instead, he became one of three men killed when the vessel ran aground in Newport.

“He told friends that the crew was inexperienced. Those were his words," said Celeste Paranto, a friend of Porter’s.https://t.co/gFprydOPbH pic.twitter.com/YXc855vnTB

There were early reports that the vessel, the Mary B. II, was used on the reality TV show, “The Deadliest Catch,” but those appear to be unfounded. It’s still not clear whether the boat was used on the show.

According to The Associated Press, the area where the boat capsized was the premise of a spin-off of the “The Deadliest Catch.”

The Coast Guard said it is investigating the capsizing.

A number of people mourned the loss of Porter, who was known in port cities throughout Oregon, the Oregonian noted.

“The thing that made Josh special was that he had been addicted for most of his life,” said Bernie Lindley, a pastor at St. Timothy’s Episcopal Church in Brookings, Oregon.

He said, “When Josh was able to figure out what it was going to mean to become sober, he turned his life over to God. He was on fire for the new life he had. He was extremely happy to be given the second chance he was given. That enthusiasm he had for sober living was an inspiration to me.”