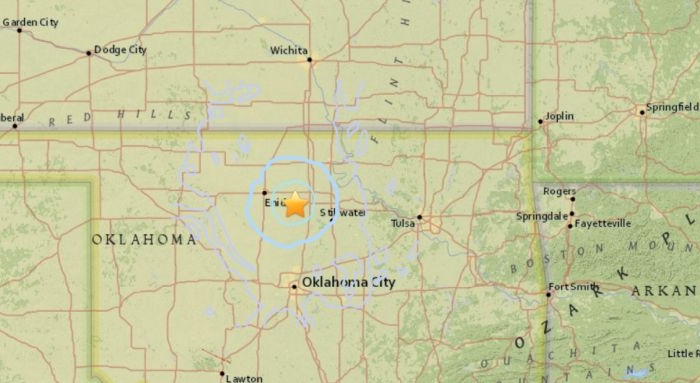 A 3.7-magnitude earthquake struck Wednesday morning in north-central Oklahoma, according to the U.S. Geological Survey.

It hit about 3 miles below the surface.

The USGS recorded three other quakes of a lesser magnitude—3.1, 2.7 and 2.8 magnitudes—in late October.

A number of Oklahoma residents say they could feel the quake.

Oklahoma experienced one of its biggest earthquakes in state history last year, measured at a 5.6 magnitude.

Earthquakes in Oklahoma used to be rare and are a recent phenomenon. Scientists have linked earthquakes to the disposal process of wastewater from hydraulic fracturing, or fracking.

But Joe Wertz reports that the quakes have become less frequent since regulators introduced new restrictions on disposal wells.