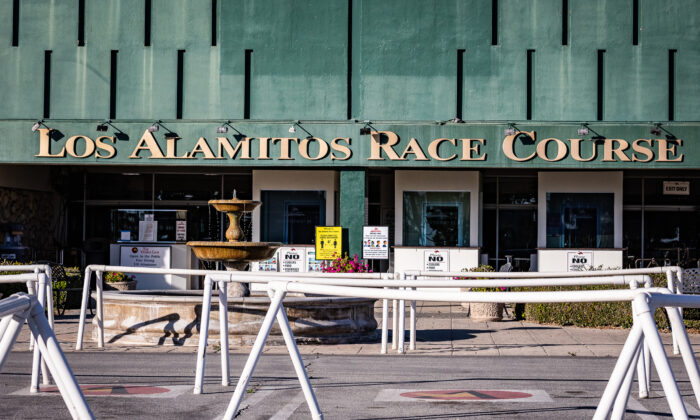 CYPRESS, Calif.—The second of two horses vanned off with injuries in the same race at Los Alamitos on Sunday has died, state officials confirmed Dec. 2.

On Monday, Orlando Gutierrez, a spokesman for Los Alamitos Race Course, said that Not This World was “doing well,” but the California Horse Racing Board reported Thursday that she died.

Both horses were owned by Ed Allred, owner of Los Alamitos Race Course. Not This World was trained by Elena Andrade, and her jockey was Diego Herrera.

She is the 11th horse to die from a racing or training injury at the Cypress track this year.

Last summer, the track was briefly placed on probation by the racing board, due to a spate of racehorse deaths. At that time, at least 20 horses had died at the track in 2020 after suffering racing or training injuries, and another 10 had died due to digestive system problems and other types of illnesses.