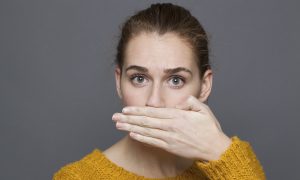 MEXICO CITY—The top prosecutor in Mexico’s Gulf coast state of Veracruz confirmed Tuesday that more than 250 skulls have been found over the last several months in what appears to be a drug cartel mass burial ground on the outskirts of the city of Veracruz.

But the news came as no surprise to Lucia Diaz, one of the mothers of the disappeared whose group is known as Colectivo Solecito.

The mothers pushed authorities to investigate the fields where the skulls were found, because they suspected more than a year ago that the wooded area known as Colinas de Santa Fe was a clandestine burial ground.

In the face of authorities’ inaction, the activists themselves went out in to the fields starting in August 2016, sinking rods into the ground to detect the telltale odor of decomposition, and then digging.

When they find what they believe are burial pits, they alert authorities, who carry out the final excavations.

“We dig holes, but we try not to touch the remains,” Diaz said, because DNA may be the only hope of identifying the dead and touching the bones might contaminate them.

So far, Diaz said, searchers have found about 125 pits that contain about 253 bodies. Nobody knows when the burials began, but Diaz said some were quite recent.

“Some of the bodies had a lot of connective tissue. You could see an ear, or recognize part of a face,” she said.

Winckler, in the first official recognition, seemed to say the burials occurred before the new state administration took office in December.

“For many years, the drug cartels disappeared people and the authorities were complacent,” Winckler said In an interview with the Televisa network, in apparent reference to the administration of fugitive former Gov. Javier Duarte and his predecessors.

Duarte resigned as governor two months before his term ended last year and disappeared. He faces charges that include money laundering and organized crime and officials have accused him thoroughly looting state coffers. Winckler said that resources needed for DNA tests in criminal investigation had vanished, leaving officials to depend on help from the federal government and groups such as the Red Cross.

So far only two sets of remains—a police detective and his assistant—have been identified, Winckler said.

The prosecutor said excavations have covered only a third of the lot where the skulls were found, and more people may be buried there.

“I cannot imagine how many more people are illegally buried there,” Winckler said, noting the state has reports of about 2,400 people who are still missing.

“Veracruz is an enormous mass grave,” he said.

Diaz also said “it is impossible to say” how many people are buried, and isn’t sure the burial ground wasn’t used recently. “We don’t know when it stopped, or if it stopped.” She said searchers found eight bodies just 10 days ago.

Her group has criticized state authorities both past and present for doing little to try to find or identify the state’s missing people, many of whom were kidnapped and never heard from again.

The state had long been dominated by the ferocious Zetas cartel. But the Jalisco New Generation cartel began moving in around 2011, sparking bloody turf battles.

Drug cartels in other parts of Mexico have deposited victims’ bodies in mass graves before. In the northern state of Durango, authorities found more than 300 bodies in a clandestine mass grave in the state capital in excavations starting in April 2011. Those burial pits were excavated in part with the use of backhoes.

More than 250 bodies were discovered in April 2011 in burial pits in the town of San Fernando, in Tamaulipas state, close to the U.S. border.

Drug gangs in some places in Mexico have taken to burning or dissolving their victims’ bodies in corrosive substances in order to avoid discovery.

Diaz joined the effort after her own son, Guillermo Lagunes Diaz, was kidnapped from his home in 2013. No trace of him was ever found. “He was kidnapped. Beyond that I know nothing,” Diaz said. Despite pleading with state officials, they were slow to investigate the case and didn’t bother even to track his phone, which might have helped locate him.

But she and other mothers and volunteers in Colectivo Solecito have never flagged in the search, at least for the bodies of their loved ones.

“We mothers say they are still alive, until we find out otherwise,” Diaz said. But she suspects that corrupt police may have been involved in the disappearances; several groups of police in the state have been arrested for kidnapping people and turning them over to the drug gangs.

“It is either the criminals, or police, or both” that dumped the bodies in Colinas de Santa Fe, she said. “In Veracruz, it’s kind of hard to tell the difference.”