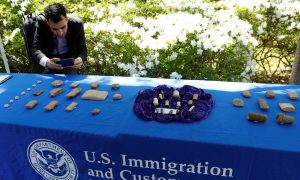 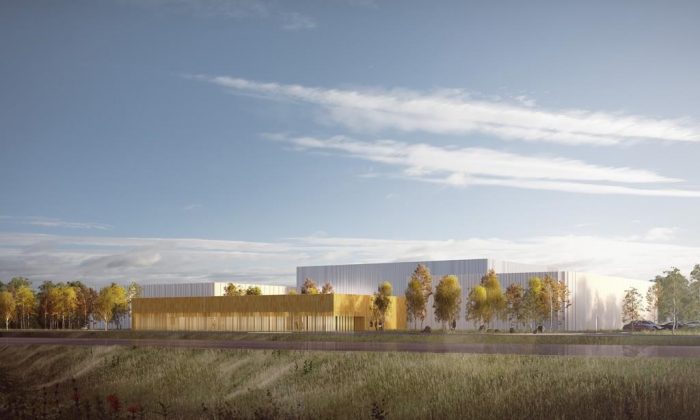 An artist rendition of the new Parks Canada building that will house the 25 million archaeological and historical artifacts collection in Ottawa is seen in this undated handout image provided July 23, 2019. (HO, Moriyama and Teshima Architects and NFOE Architects - Parks Canada/The Canadian Press)
Canada

25 Million Historical Artifacts Will Get New Home in Capital Region

OTTAWA—Many of the country’s priceless historical artifacts—and millions of other assorted bits—will be getting a new home just outside Ottawa, Parks Canada announced Tuesday.

The federal agency responsible for managing the country’s archeological heritage released the design for a new storage facility to house 25 million historical and archaeological artifacts in its care.

Most of it, though, is stone chips from tools, shards of centuries-old ceramics and glass, nails, and other fragmentary material. While not particularly exciting for the public, those artifacts are a valuable resource for researchers. All told, the collection includes 31 million objects.

And right now, 60 percent of the collection is at risk, Parks Canada said.

The items in Parks Canada’s care that are not already displayed in parks or historic sites are held in six storage facilities in cities across the country: Winnipeg; Ottawa and Cornwall, ON.; Quebec City; and Dartmouth, N.S.

The existing facilities in all those cities except Dartmouth, Parks Canada said, do not meet the environmental and security standards set for the protection of the materials they hold.

The new 8,200-square-metre building to be constructed on the outskirts of Gatineau, QB., near the city’s bus garage, will provide modern climate-control and protection, as well as easier access for researchers and the public, Parks Canada said.

The agency said the building, a joint project by two architectural firms, is designed specifically to preserve the objects for the benefit of future generations.

About a sixth of the square-footage in the facility will be reserved for research and staff space, as well as for receptions and ceremonies. The purpose is to ensure Canadians maintain access to the collection after it is centralized near the capital.

The building will also be built to minimize its environmental footprint through the use of energy-efficient building techniques and renewable energy.

Any objects currently on display across the country will stay there, Parks Canada said.

A review of the collection to determine which objects are worth moving will also take place, the agency said, while cautioning that such a review is a normal activity among collection institutions.

The safety of those objects brought to the new facility will be “of the utmost importance,” Parks Canada said in an emailed statement Tuesday.

Objects will be assessed prior to packing and the details of how they’re transported will depend on their condition. Most will be wrapped in tissue and placed in bubble wrap-lined boxes, while more vulnerable items will get their own well-padded boxes. The goal is to handle them as little as possible and reduce vibration during shipping, Parks Canada said.

Artifacts will only be moved to the storage facility once it is fully completed, the agency said.

In earlier announcements, the agency had set the start date for construction in 2019, but construction is now estimated to begin in spring 2020.

In their statement, Parks Canada said previous schedules were preliminary and as the project became better-defined, the timelines changed.