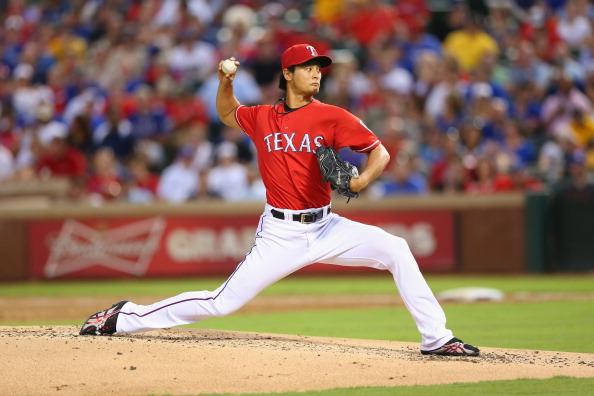 These are who I believe are the candidates for this award in the American League:

Max Scherzer was a part of the elite Detroit Tigers pitching rotation and he led the league with his 21 wins. He would go on to start the All-Star game this year with his 13-1 record. Scherzer did not lose his first game until July 13 against the Texas Rangers.

Max Scherzer did benefit from run support. In six of his starts, he received 10 or more runs of support. It’s hard to lose games when you get that much space to work with.

He would be undefeated in April, May, June and August. Additionally, he won all five of his starts in June with his best ERA for any month (2.38). He would hit some bumps in the road trying to get the 20th win of the season (0-2 record, 4.70 ERA in four starts) but he would get it then he would get his 21st win with seven scoreless innings to go into the postseason as the likely ace of the Tigers’ staff.

With brand name Justin Verlander, big winner Max Scherzer and Doug Fister already on the Tigers strong pitching staff, Anibal Sanchez followed suit by leading the American League with the lowest ERA at 2.57. In his fifth start of the season, Anibal Sanchez would go eight scoreless innings while striking out 17. In 14 of his 29 starts, Sanchez allowed one run or less.

Like Scherzer, Sanchez had five games where he received 10 or more runs of support but he didn’t need as much to get his wins. In fact, in four games when he received that run support, he still only allowed two or less runs. Sanchez stayed to his gameplan despite the large leads he received.

When you start out the season being one batter away from a perfect game, you’re on your way to a great season. Yu Darvish went 8.2 innings before allowing his first hit, a single through his legs. He would strikeout 14 in that start against the Houston Astros and was the beginning of something great.

In 11 of his 32 starts, Darvish would strikeout at least 10. He would have another great outing against the Houston Astros, allowing one hit and one walk in August while striking out a career-high 15. He would finish with a league-best 277 strikeouts in a career-best 209.2 innings for a K/9 of 11.9.

In June, Chris Sale lost a game without allowing an earned run and striking out 14. It was that kind of season for the 24-year old lefty. Sale would lose games when he allowed just one or two runs too.  He would rightfully have an unbelievable May when he won three out of his four starts with a miniscule 0.87 ERA. If Chris Sale were to win the Cy Young award, it will be much like Felix Hernandez winning in 2010 (13-12 with a 2.27 ERA), the record didn’t show it but he was one of the best in the game.

The veteran righty continues to display his control as he had 1.4 walks per nine innings. In the first half of the season, Colon would go 12-3 with a 2.70 ERA. He would have an awful August with just three starts, losing two of them with an 8.49 ERA. But his season didn’t suffer due to three months of sub-.2.00 ERA, including a 5-0 June that featured a 1.75 ERA. He would throw three shutouts as the veteran presence on the Oakland Athletics pitching staff.

Early in the season, Max Scherzer was second in my mind for the Cy Young award. His starts were always well supported by the strong Detroit Tigers offense. But he put together some solid wins with strong, dominant pitching. It helped that some of his other competitors for the award had some factors working against them.

Yu Darvish’s strikeout total was indicative of domination but ironically, he struggled a bit towards the end. It didn’t help his case that the Texas Rangers fell out of their lead in the West and the Athletics were able to take over. Chris Sale deserves to at least be recognized for his skills. He had many starts where he deserved to win but the White Sox offense could not get anything going for him and he was tagged with a tough-luck loss. Anibal Sanchez had a great season but the Tigers offense that backed up him also backed up the likely winner. Bartolo Colon continues to find the fountain of youth (or something) and finds a way to supply what is needed to be a winning pitcher with less than outstanding stuff.