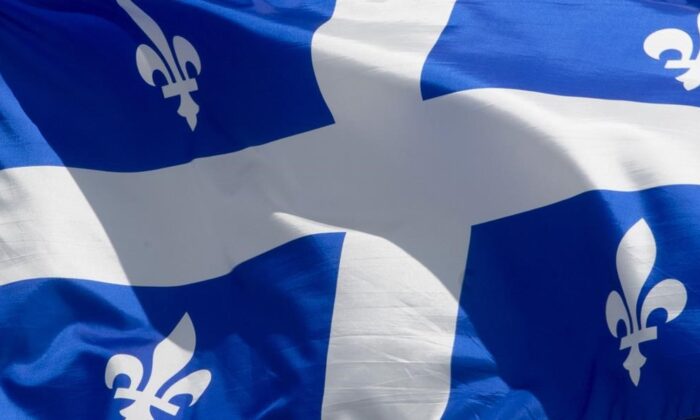 Around 200 people in Saguenay, Que., have evacuated their homes as the area faces a high risk of a landslide. (The Canadian Press)
Canada

200 people Evacuated North of Quebec City Over Risk of Landslide

MONTREAL—Almost 200 people in Saguenay, Que., have been forced to leave their homes and belongings behind as the area faces a high risk of a landslide.

City officials declared a state of emergency on Saturday and asked inhabitants of 53 homes in the borough of La Baie to evacuate before 7 a.m. Sunday.

The order came after 21 households were evacuated in the region north of Quebec City earlier this week, following a landslide that swept away an empty house on Monday.

Saguenay Mayor Julie Dufour told reporters Sunday that families forced to flee could be out of their homes for weeks or even months. She said they’d get help from the city to relocate.

“As the mayor, it warms my heart that everybody is alive,” Dufour said. “We were able to avoid a disaster.”

Officials said the ground underneath the evacuated area is unstable and it could lead to a massive landslide similar to the Saint−Jean−Vianney disaster.

Hundreds of residents of Saint−Jean−Vianney, also in the Saguenay region, were left without homes in May 1971, after a gigantic landslide swept through the community, killing 31 people.

“Right now, everything is possible,” Dufour said, warning against scaring residents with such a comparison.

“Are there going to be houses that aren’t going to be able to remain there? Homes that will stay but with stabilizing renovation? Others without? It’s too early to say.”

The priority is to evacuate as fast as possible, said Saguenay Fire Department Chief Carol Girard at a Sunday press conference.

While the risk of a landslide was “imminent,” he said more ground analysis is needed in the upcoming days to determine whether additional people need to be displaced.

Andree Laforest, Quebec municipal affairs minister, said at the same press conference that Geneviève Guilbault, the provincial public security minister, was considering whether the province would also declare a state of emergency.

In the meantime, 30 homes were made available for evacuated residents and support and accommodation services were put in place with the Red Cross, the Saguenay, and the public security ministry, Laforest added.

Camping sites have offered accommodation, along with seniors’ residences and other places might be made available in the future, she said.

“It’s a shock, but residents can see we avoided the worst.”