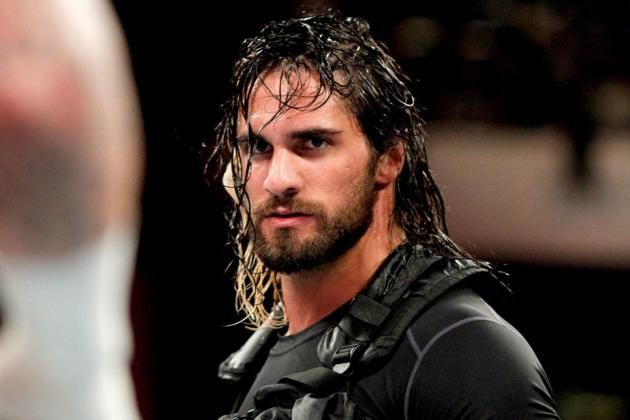 Top Five Matches that should take place before Wrestlemania 31: #2

Seth Rollins vs Cesaro in my opinion could be an amazing match. A match between these two shouldn’t be any regular match though; Rollins and Cesaro I believe can pull off a match like the one Razor Ramon and Shawn Michaels had at WrestleMania 3, a ladder match for the Intercontinental Championship. Seth Rollins and Cesaro are two of the biggest young superstars in the WWE. Both have risen very fast, and both have the potential to be major stars in the company. Seth Rollins vs Cesaro, in HHH’s word “is what’s best for business”.

With Cesaro becoming the new Paul Heyman guy, it shows that WWE believes in him. Putting Cesaro with Paul Heyman is WWE’s way of  putting a stamp on him, saying he’s the next big star. Cesaro is a strait up, in your face, smash mouth wrestler. Cesaro is a powerful wrestler, when he is in the ring he uses his strength to dominate and control his opponents. When you look at Cesaro, and then look at Seth Rollins, they are complete opposites.

Seth Rollins is one third of the group known as The Shield. Rollins style of  wrestling is very exciting to watch because of how fast and unpredictable he can be. The only person that I can compare Rollins to is Daniel Bryan; Rollins much like Bryan wrestles like he is in another mans body. Rollins is a high risk type of wrestler which is a style that fans love to see. Since breaking into WWE Rollins has been a tag team champions, and has had some great matches with his group The Shield. With Rollins being in a group it has stopped him from going after individual achievements. If Seth Rollins vs Cesaro were to happen, I believe WWE would keep Rollins with the Shield, but allow him to do his own thing while remaining with the group.

I think the program, Seth Rollins vs Cesaro should be a battle for the Intercontinental Championship. The Intercontinental Title has alway been a title that new talent go after. The IC title is a belt that has been held by numerous WWE Champions and Hall of Famers, and it is almost a guarantee that the IC Champion will one day be the WWE Champion. I believe Rollins and Cesaro’s styles would mesh very well, and if you throw a ladder into it who knows what they can do. Seth Rollins vs Cesaro in a ladder match could potentially be a match of the year candidate, and whenever this match does happen, ladder or not, there is doubt that it will be.