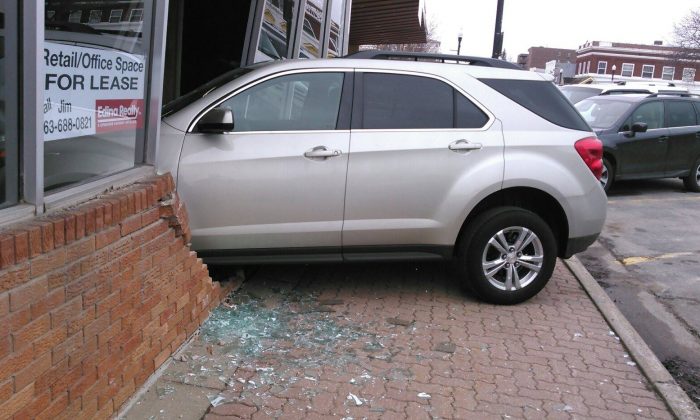 A teen reportedly crashed into the exam building while she was taking her driver's test, according to police. (Buffalo Police Department)
US News

A 17-year-old girl who was taking her road test crashed her car into the building that housed the exam station office on Wednesday afternoon, March 21, according to police.

The teen from Monticello, Minnesota, was parked at the driver’s license exam station located at 10th block of 1st Ave South when she inadvertently put the vehicle in drive instead of reverse, police said in a statement released on the same day.

When she accelerated, the vehicle lurched forward over the curb and crashed into the building in front of her.

The impact of the crash caused significant damage to the vehicle and the building. The 60-year-old license examiner was transported to Buffalo Hospital with non-life threatening injuries.

Neither the teen or anyone else in the building were injured in the crash, police said.

Buffalo Police Department shared a photo of the vehicle crashed almost halfway through the building wall.

Many social media users were quite understanding about the accident and expressed support for the teen saying that it was a mistake that anyone could have made.

Police said no charges are pending.