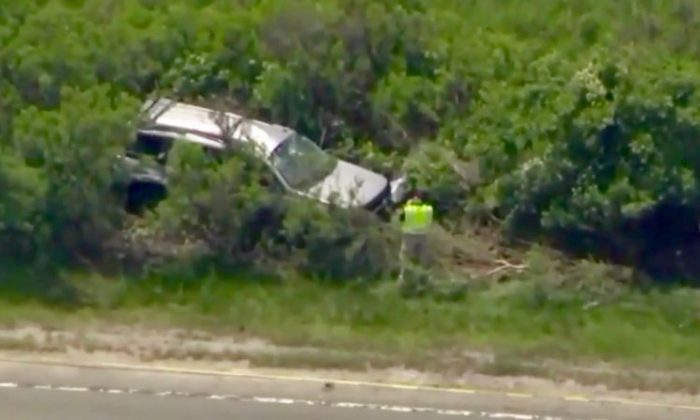 Three teens were killed when a stolen car driven by a 15-year-old girl crashed. Nine teenagers and an 18-month-old baby, were in the car at the time.

The car rolled off a parkway near Merrick in Long Island, New York, on June 8. There weren’t enough seatbelts for the car’s 10 occupants. Three people died when they were ejected from the car during the crash, including 13-year-old David Sanchez, 15-year-old Marlon Carbajal, and 16-year-old Herbert Leo Aviles Maravila, NBC 4 reported.

Two teens died at the scene while the other died at the hospital, according to the New York Post.

A witness driving in the area told police, “the vehicle came up behind me at a high rate of speed and swerved around me,” according to the Post.

The baby, the driver, and five other teenagers inside the 2005 Chevrolet Trailblazer were hurt but are expected to survive the Meadowbrook State Parkway crash, according to NBC 4.

“So our collision reconstruction unit will investigate the collision and determine causation, speed, things of that nature,” said Major David Candelaria of the New York State Police, via the Post.

The car was stolen the day before from Roosevelt, Long Island. Police said it was weaving through traffic before crashing around noon. They also said the car flipped several times, then landed in a marshy patch, NBC 4 reported. After preliminary investigations, police said they think excessive speed is the cause of the crash, according to WKTV.

Police charged 15-year-old Cindy Sanchez, the driver, with three counts of manslaughter and three counts of criminally negligent homicide, according to the New York State Police and WKTV. She is scheduled to hear the charges at Nassau County Family Court on June 11. All occupants are residents of Uniondale, Long Island.