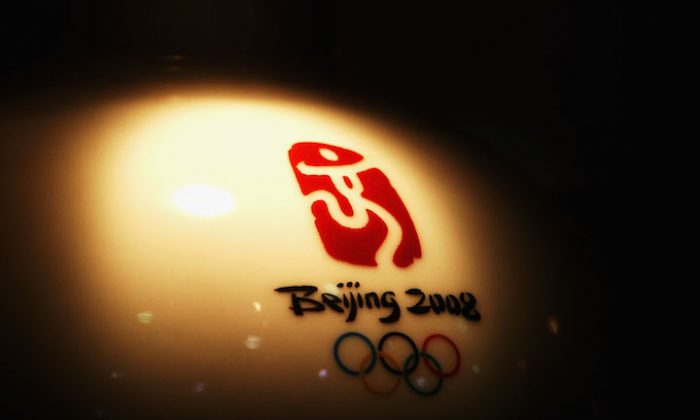 The Olympic Logo is seen on a vase ahead of the Beijing 2008 Olympic Games on August 4, 2008 in Beijing, China. (Ryan Pierse/Getty Images)
International

Fourteen Russian athletes tested positive in the re-analysis of their doping samples, including 10 medalists from the 2008 Beijing Olympics, state television reported on May 24.

The Russian Olympic Committee confirmed it had received a list of 14 individuals who tested positive, but said it would not release the names until the “B” samples were analyzed.

Match TV said 2012 high jump champion, Anna Chicherova, was among those who tested positive, while 11 out of the fourteen Russians retested are from track and field.

In a separate move, the Russian track federation announced it would bar former dopers from this summer’s Rio Games, hoping that its team will be reinstated into the Olympics after it was suspended following a World Anti-Doping Agency commission report detailing state-sponsored doping.

“No potential participant in the Olympic Games who has been caught taking banned substances in previous years can be a member of the Russian national Olympic team in Rio de Janeiro,” the track federation said in a statement.

The federation said it made “such a tough decision with one aim—to do everything so that clean athletes could take part in the 2016 Olympic Games.”

Elena Lashmanova and Olga Kaniskina, both gold winners in race walking, would be affected by the federation’s move, as well as former world champion walker Sergei Kirdyapkin, who was sacked of his 2012 Olympic gold medal after he was caught doping.

The International Association of Athletics Federation will decide whether to maintain or lift its ban by next month.

Meanwhile, the International Olympic Committee is reanalyzing 250 samples from the 2012 London Olympics. Those results, which are retests of athletes who participated in the Beijing or London games who were hoping compete in Rio, are still pending.

Last week, the IOC said 31 athletes could be banned from competing in the Rio Games after testing positive in Beijing samples. The competitors ranged from 12 countries and six different sports.