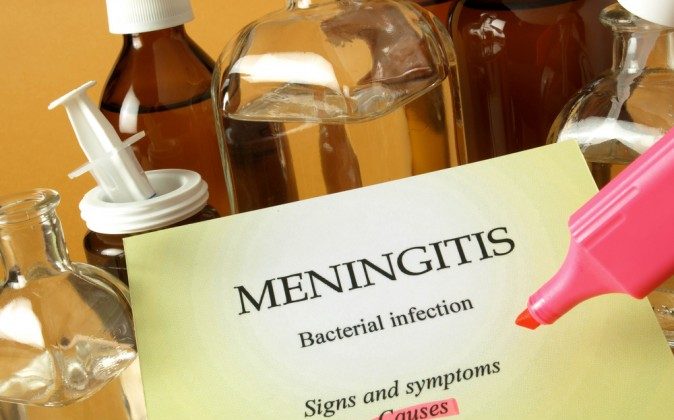 A document on meningitis (Shutterstock)
US News

An Indiana family has been telling of their shock at how quickly bacterial meningitis took hold and killed their 10-year-old daughter.

Abbigayle Dipietro complained of an earache on Saturday, Feb. 2, but was sent home from the ER when doctors found no sign of infection.

On Sunday night, she started vomiting and on Monday she started having seizures. On Tuesday evening, her brain activity ceased and on Wednesday, Feb. 6, she died.

Her distraught parents are now warning other parents to watch out for the tell-tale signs and said that they want their daughter’s organs to be used for donations.

“I wanted something good to come out of it, so we donated her organs,” her mother Tasha Dipietro-Anderson told WNDU, “I’m hoping that they can find recipients for everything.”

Over the weekend their daughter complained about what they thought was an ear infection. By Wednesday their little girl…

The family lives in Elkhart, a small city in Indiana with a population of 50,000, just south of Michigan.

The school she attended has sought to inform other parents, and to reassure them that bacterial meningitis is not contagious.

Elkhart County Health Officer Dr. Lydia Mertz told Goshen News, “It’s always very serious, but some bacteria are more contagious than others. The particular type of bacteria she had is not very contagious, so we don’t have to worry about other students being in contact with her or sitting next to her on the bus or things like that.”

Mertz explained that the bacteria from some minor childhood infection “just by chance,” would have been “absorbed into her bloodstream.” “Then it goes to the coverings of the brain, the meninges. … It’s just by chance.”

But the family said that they wish that they had known what to look out for and are encouraging other parents to educate themselves.

“I mean even if you just take five minutes to kind of look into what the symptoms are of different meningitis, just to kind of educate yourself a little bit so that when your child has any of those symptoms, you know you push to have something done,” she said.

“If there is any of those symptoms, whether you think it’s just a migraine or flu, push to have as much blood work and testing done as you can,” her mother, Tasha Dipietro-Anderson, told WSBT. “If we would have known what it could have led to, would have probably tried to do more.”

A donation page set up on Facebook to help with medical treatment raised $12,000 as messages of supported poured in, many from locals who knew her.

“Your daughter was a sweetheart to my special needs son, when he went to her school,” wrote one person. “I never really got to talk to her, but one time. It was very brief. I am so heartbroken and sad for you, and your family.”

Dipietro-Anderson told donors, “I just want to tell everyone about who you are helping. She loved her family and animals. She was the sweetest little girl. She wanted to be a veterinarian. She was so alive and colorful and unique. She was the purest soul I have ever met.”

“It’s been hard on everybody in the family. It’s just hard losing a child at age 10,” the girl’s father, Richard Anderson, said, reported WPDF.