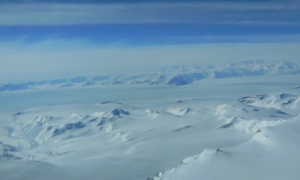 Thousands of Species Found in Lake Under Antarctic Ice (Video)
0 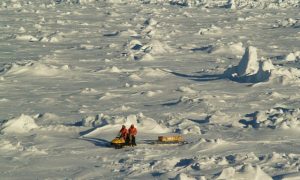 NASA: Antarctic Sea Ice Is Increasing and Arctic Ice Is Melting—Here's Why
0 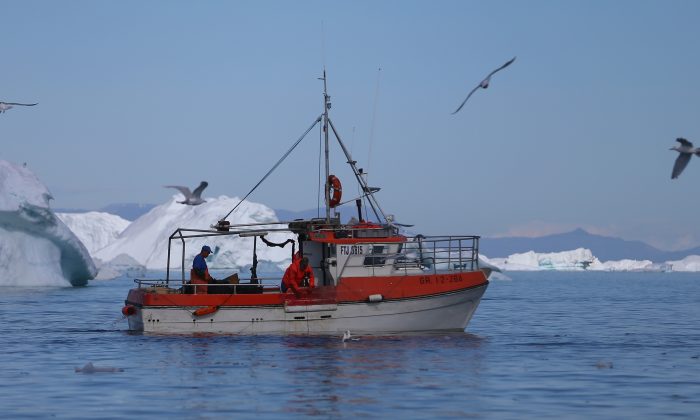 The United States, Russia, and eight other nations have reached an agreement to limit fishing in newly ice-free Arctic waters until fish stocks can be comprehensively studied.

With the gradual melting of the Arctic ice cap, new waters are being opened to commercial fishing, reports The New York Times. None of the newly-emerged waters are controlled by any nation, though several nations claim waters nearby, and other nations operate trawling fleets in those waters.

All ten nations participating in the agreement have a shared interest in preventing over-fishing that could collapse fish stock, hurting all interested nations economically.

The deal prohibits trawling in the newly cleared waters of the Arctic Ocean’s international zone for 16 years, or until a plan for sustainable fishing is in place.

The deal is exceptional in that it brings together global adversaries America and Russia, and at a time when the causes of the ice cap’s melting are still being debated.

“It’s an example where the United States and Russia have very similar interests as coastal states fronting the Arctic Ocean,” said Scott Highleyman, vice president of conservation policy and programs at Ocean Conservancy, told the New York Times. “Can the Arctic remain an area of cooperation? Yes, it can, and that is a good thing.”

The signatory nations include United States, Norway, Denmark, Canada, and Russia, which have Arctic shorelines; and South Korea, China, Japan, the European Union and Iceland, which operate Arctic trawling fleets.

US and Russia Have the Most at Stake

Part of what motivated the two global antagonists to cooperate was the location of the greatest melting. The greatest reduction of the polar icepack during the summer thaw

The ice cap shrinks most just north of Alaska and the Russian region of Chukotka, above the far northern reaches of the Pacific Ocean—which means Pacific nations are well used to operating their trawling fleets in the area, according to the New York Times.

The agreement is an expansion of a 2015 pact between the U.S., Canada, Norway, Greenland, and Russia to voluntarily avoid fishing in the Arctic, says Reuters. Negotiations for the agreement started in late 2013, the New York Times reported.

That agreement, like the current one, intends to manage the fish stocks which had previously lived under the ice cap year-round, and also to prevent over-fishing of schools which might migrate into the newly warmer waters closer to the Pole.

That round of meetings was prompted by the Arctic ice pack shrinking to 1.32 million square miles in 2012—according to NASA, the largest reduction ever recorded.

“This is a landmark agreement,” said David A. Balton, the deputy assistant secretary for oceans and fisheries at the State Department, told Reuters. “It’s a rare case of governments doing something in advance, to prevent a problem from arising.”

Balton, a 32-year veteran of the State Department, represented the United States during the recent negotiations.

The nations who signed the recent agreement all stand to benefit in the long run, in Balton’s view.

“In the future, if fish stocks are plentiful enough to support a commercial fishery there, they will be part of the management system and presumably their vessels will have the opportunity to fish for those stocks,” Balton told Reuters.

Do you think Arctic waters should be fished commercially? What do you think about shrinking polar ice caps? Post your comments below.