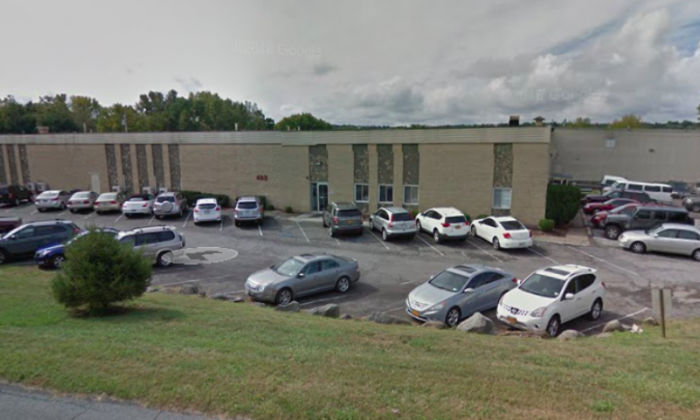 1 Dead, up to 35 Injured After Explosion, Fire at New York Cosmetic Factory

One person has been killed and up to 35 people injured, including seven firefighters, after two chemical explosions at a cosmetic factory in New Windsor, New York, on Monday, Nov. 20.

The first explosion was reported at 10:15 a.m. and was believed to be caused by chemicals used at the plant, authorities said in a statement.

“We just heard the explosion and after that, I saw all the people running away,” Marcus said.

He also recounted that one woman collapsed.

“She was breathing all the smoke and started with the asthma. She got like a panic of asthma so she fell on the floor,” Marcus said.

In response to the incident, New York Governor Andrew Cuomo said in a statement on Monday that state emergency personnel had been dispatched to the factory, including staff from homeland security, the state police, the Department of Environmental Conservation, and the Department of Health.

According to Verla International’s website, the company manufactures personal care products and cosmetics such as nail polish, creams, lotions and fragrances. The factory is located about 55 miles north of New York City.

Verla has violated occupational safety standards nine times this year, with one related to the handling of flammable and combustible liquids, according to the Occupational Safety and Health Administration website.

“All smoke can be hazardous to breathe, especially smoke containing potentially harmful particles and chemicals.  As we continue to learn more about the air quality in the area affected by this explosion, I encourage those in the surrounding area to take appropriate precautions and await further direction from first responders,” Zucker said in a statement.

The cause of the explosions has not yet been confirmed.

Dear reader, we have a little favor to ask of you. We work hard to deliver important and interesting articles every day, but we can’t do it without ad revenue.