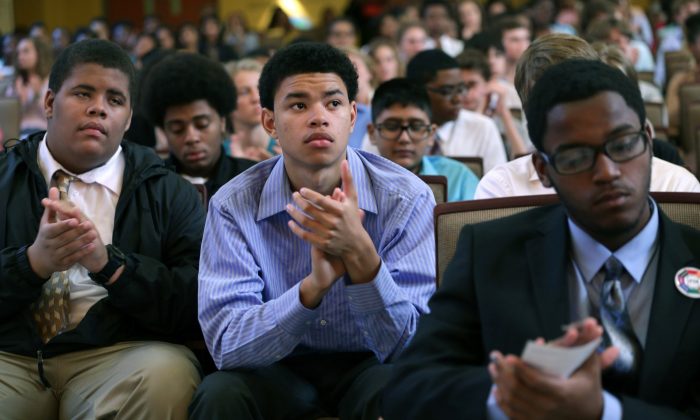 Why the Next Generation Shuns Public Office

The United States has over 500,000 elected offices, but the next generation has little desire to fill them.

A national survey during the 2012 presidential election found that out of more than 4,200 high school and college students, just over 10 percent might consider running for political office. According to researchers sponsored by the National Science Foundation, students would rather do just about anything else.

The survey found that more than three-quarters of students wanted to improve society, but believed running for elected office was the least effective and appealing way to do so.

According to Jennifer Lawless, researcher and associate professor of government at American University, students did not believe elected officials were smart, hard working, or wanted to help people, and perceived politicians as dishonest.

“If we continue down the path where politics is seen as the complete opposite of a noble profession, than we’re not going to be encouraging the people who are the most entrepreneurial, who have the best ideas, and who are really willing to give of themselves to make the world a better place,” Lawless said.

Dr. Angela Lewis, associate professor of government at the University of Alabama at Birmingham, pointed to practical reasons that might cause young people to shy away from public office: student loan debt, rising campaign costs, and a lack of privacy.

Lewis added that young people are also a lot more tolerant than the highly polarized environment found in contemporary government, and are repulsed by what they see.

“When they see the polarization that takes place—everything is either yes or no, black or white—it puts them in a position that they don’t want to get involved, because people can’t compromise, come to the table, and try to talk out a solution,” she said.

Politics calls to those with a competitive spirit. According to Geoffrey Skelley associate editor of Sabato’s Crystal Ball—a weekly political newsletter from the University of Virginia Center for Politics—this competitive mentality may help win the race, but it can also intensify polarization, and attract the wrong crowd.

“Our political system as a whole is actually pushing away the people we would actually like to see running for office—people who could actually help us solve problems that we have—and instead attracting those that are more self-serving, who are more interested in power, and not as interested in doing good,” he said

In a report analyzing for gender, Lawless observed that one of the big reasons men run for office far more often than women may be due to their connection to organized sports. Lawless found that women who played sports were about 25 percent more likely to run than those who did not play sports.

Pairing sports and politics might sound strange, but Lawless believes it teaches a lesson future leaders need to understand.

Bucking the trend is state Rep. Jeramey Anderson (D-Miss). Anderson, age 22, a student at Tulane University, and last month was elected as the youngest member of the Mississippi Legislature. A Democrat in a largely Republican House, Anderson won nearly 60 percent of a runoff election with a strong social media campaign, and a positive spirit.

“I’m looking forward to the experience and as far as all the representatives I’ve spoken to, they’re looking forward to it as well because it’s going to offer a new perspective to a lot of issues that we’re facing here in the state,” Anderson told The Daily Herald.

Voting rates show that political engagement increases with age, but according to Dr. Lewis, the best time to run for office is when you’re young.

“You don’t have the responsibility of a family. You have a lot more energy and a lot more ideas. You haven’t been stifled by the reality of American politics at 21 the same way when you’re at 40,” she said.

Anderson, however, is more the exception than the rule. On Dec. 3, poll results from Harvard’s Institute of Politics revealed that students have less trust in government than ever before. Lawless said public officials need to see their role in the problem.