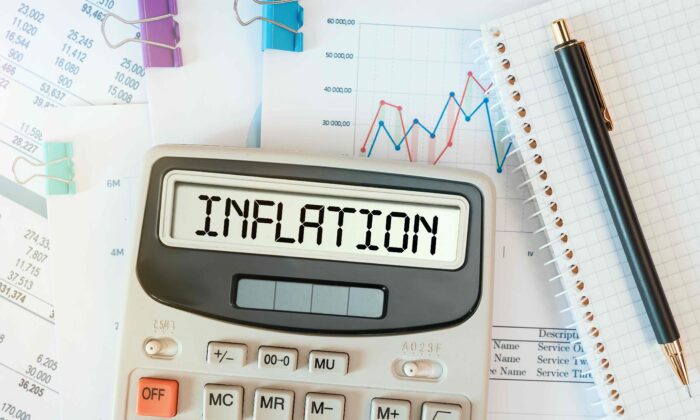 What’s Really Behind the Rate Hikes

The Federal Reserve’s policymaking body, the Federal Open Market Committee (FOMC), voted last week to raise its benchmark policy range for federal funds by a quarter-point. This was widely expected. In fact, officials have for months been preparing everyone for this development.

In the lead-up to the move, FOMC members have been clearly stating their reasons behind it—and the expectation laid out for many more still to come. To begin with, consumer prices are rising, on average, at rates the country hasn’t seen in forty years.

By itself, this wouldn’t warrant more than continued monitoring. The sharp (and painful) spurt in the CPI has been due to temporary factors owing to last year’s major supply shock which still needs work, and time, to get figured out. Yes, transitory.

What has the Fed worried now is if consumers and businesses might normalize to this “transitory” shock which has managed to stick around for over a year. In macroeconomic terms, twelve months and longer would still count as temporary. But the public might not see it that way, then come around to expect consumer price increases as a more durable burden.

From your very first day of Econ 101 (or just adult life, if you never took an Economics class) we are all taught to believe that whatever the Federal Reserve does is both effective and beneficial. Should it want to “stimulate” the economy, the textbook plainly says all the institution has to do is reduce its benchmark interest rates (or conduct quantitative easing at the zero lower bound).

Conversely, should the situation call for restraint, rate hikes—we’ve also been taught or told higher interest rates—restrict borrowing, therefore economic activity, which tamps down consumer price pressures. For policymakers, supposedly their sole concern is how quickly they wish to ride to the economy’s rescue, the sole risk whether or not the rescue might be too fast or slow.

We’re never meant to consider whether it’s a rescue at all.

Ask yourself how rate hikes are supposed to do the job. It seems a rather absurd question; after all, the FOMC votes to raise rates and, voila, rates go up. In fact, former Federal Reserve Chairman Alan Greenspan testified before Congress in February 2005 attesting to this very concept.

What he told the Senate’s Committee on Banking, Housing, and Urban Affairs was that interest rates, the 10-year U.S. Treasury yield in particular, could be thought of as “an average of ten consecutive one-year forward rates.” This would mean the Federal Reserve sets the short-term rate, or the first forward in this theoretical series, and then all the rest of Treasury rates simply fall in line all the way down the yield curve, one after another after another.

Once that happens, every other form of credit or lending gets priced off the benchmark U.S. Treasuries. So, easy peasy, the FOMC sets a single rate at the front and then the whole financial world obediently follows along. It’s in every textbook.

You’ve probably already seen the articles, too. After the rate hike last week, they are everywhere. Each one claims to be a “primer” about what you should expect now that the Fed has raised rates, and all of them say, without fail, everything from credit cards to student and car loans will follow along every FOMC hike.

Mortgages, most of all, are singled out as the big one for higher interest way off into the future.

However, when you review trends for historical mortgage rates it becomes clear that something is missing; in the 21st century, especially, mortgage rates don’t actually follow the Fed’s rate schemes very closely, or sometimes at all.

On the contrary, when you review the actual data—rather than rote recite convention—the trend in mortgage rates matches near perfectly the pattern traced out by U.S. Treasury yields. In other words, the official view gets its latter part right; the vast majority of credit rates are indeed set by the Treasury market.

Where it all goes wrong is the first part: Treasuries instead act independently of the Fed’s rate activities in both directions.

In fact, this was why Chairman Greenspan was telling Congress about one-year forwards in the first place. He famously called it a “conundrum” in trying to explain himself because the bond market, including mortgages, was mostly ignoring the Fed’s rate hikes at that very same time.

As it turns out, policy rate hikes at most influence some of the Treasury market in the short run. They never tell you that part.

Instead of controlling and manipulating the entire credit market directly, the theory is counting on the public to simply believe that it can and does (despite, obviously, all the evidence conclusively demonstrating otherwise; not just 2005 but again a few years ago in 2018-19), reinforced by school theory and an overly compliant media environment.

If you think the Fed is “tightening” because of its own limited rate hikes, then officials hope you’ll act on that belief, altering your own activities. If enough people believe then it maybe becomes a self-fulfilling prophecy.

The Treasury market, on the other hand, is telling you, right now, not only is this nonsense, it wouldn’t even be the right course of action even if rate hikes were a real thing. Credit markets aren’t afraid of uncontrolled inflation in 2022; bonds have already priced that out of the picture just like 2005 and 2018.

That’s the last part here. As you can plainly see on the chart above, the Fed ends up joining markets as rates eventually go down! Rather than control finance and economy, as everyone is told, the FOMC ends up following what are independently established, far more useful perceptions about reality.

It becomes a conundrum only if you are Alan Greenspan, Ben Bernanke, or Jay Powell.

Taking the form of an inverted Treasury curve (along with other curves), consumers today who are being made to prepare for higher mortgage rates and credit costs will instead be left (again) unprepared for what markets are indicating is an already-high degree of confidence in a serious global downturn. Perhaps worse.

The good news, if you choose to see it this way, we aren’t very likely to need any rate hikes or higher credit costs in any form to get control of consumer prices. The bad news is why. The worse news is how the public will continue to be left in the dark about everything.