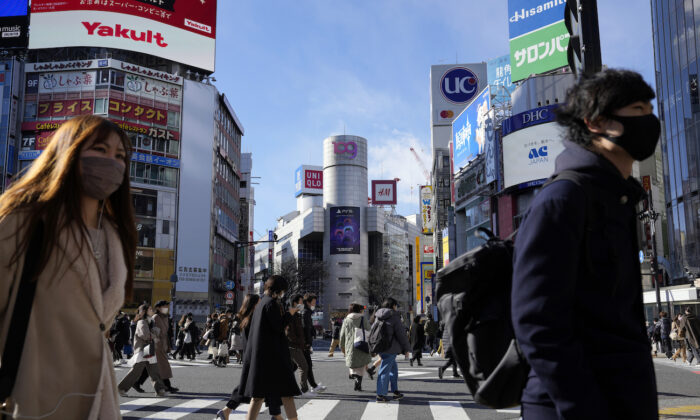 The economy is red-hot, at least according to most. After all, why else would the U.S. Federal Reserve publicly announce a near-historic rush to hike its benchmark rates? Consumer prices have been painfully rampaging for a year, and the stated purpose of hiking is to cool everything down in order to regain control over them.

Since consumer prices are going nuts in other places around the world, one might presume the entire global economy is as heated, or nearly behind, the American slice. And that, like what’s really behind rate hikes, would be a mistaken presumption in every sense.

In Japan, for example, that country’s Ministry of Finance just this week announced record highs for both exports and imports. According to its estimates for the month of March 2022, the value of all goods exported from Japan to the rest of the world tallied ¥846 billion ($6.6 billion), a seemingly healthy 14.7 percent increase from the value of goods exported in March 2021.

On Japan’s import side, the value of goods brought into the country continued to explode. Last month, inbound trade added up to a whopping ¥887 billion ($6.9 billion), representing a truly enormous 31.2 percent year-over-year surge.

When global trade is robust, it is almost always a dependable depiction of the underlying state of the world’s entire economic situation.

In our current case, though, these figures hide an increasingly dark secret; they are obscuring the real economic situation because of what has been the driving force behind them. Usually, trade data can be relied upon as a global proxy because volumes mostly follow nominal values. That is, the monetary value of goods traded isn’t too different from the actual quantity of items moved around the world.

What’s causing such large increases for trade to and from Japan, as around the rest of the world, this time it isn’t volume. Rather, prices.

Fortunately, the Ministry of Finance provides us with its own method of discerning one from the other. Using strictly estimates for trade volume, total Japanese exports declined 1.5 percent in March 2022 when compared to the quantity of goods shipped out in March 2021; volume falling nearly 2 percent leads to a very different interpretation than the one derived from that almost 15 percent gain by value.

This isn’t the first drop in recent months, either, rather March’s negative was the second of the previous three, also the third over the last six. The six-month average change is now just about zero, a particularly ominous development barely on the plus-side of a contractionary threshold.

And it is even worse, so much worse over on the import side. Nominally, again, a better than 30 percent increase. Accounting for price changes, the Ministry of Finance believes the volume of imported goods wasn’t any different last month when compared to the prior March; zero growth (following a small contraction in February).

In other words, drastic increases in global prices, particularly for commodities that are what Japan imports most, have concealed what has already developed into a very serious downturn creating prospects for worse. Maybe even trade, goods, economy-wide recession.

Despite the ongoing “inflation”—to some degree because of it—the true state of the global economy is significantly less hot and has already cooled down.

As bad as this misconception about the overall state of the goods economy in Japan is, it is much worse, even more disturbing when confronting what’s happened in the forgotten services sector.

Japan’s Ministry of Economy, Trade, and Industry publishes output estimates for all Japanese industries, from raw materials (primary), to manufacturing and assembly (secondary), and finally the country’s services (tertiary industries). The Ministry’s latest update for the month of February 2022 leaves no doubt about the state of the rest of this economy apart from the goods pricing effect.

The index for tertiary industries, services, fell again in February for the third month in a row. Those relatively small declines aren’t really the issue, except insofar as they represent the Japanese economy’s continued lengthy struggle. As you can see above, the entire services sector has never come close to recovery from the 2020 recession, let alone the prior one which developed late in 2019 before the arrival of the pandemic.

The only “heat” in Japan is commodity prices, and that isn’t inflation but rather supply shock driving demand destruction pain only just now beginning to reach minus signs in a spreading number of economic accounts stripped of the price illusion.

Those price changes are the product of fewer, not more products, too, very different from monetary inflation. Manufacturing and industry output levels are as lackluster as trade volumes—as you should expect (above) given the weakness illustrated by both trade volumes and services. The vast majority of pricing issues haven’t really been the demand for goods so much as how challenging and increasingly costly it has become to move relatively fewer goods around to their ultimate end-point destinations.

Inelasticity on the supply side, therefore the rise in prices, has been far more about shipping and logistical irregularities. The world’s trade system got tripped up in the last few years over the conveyance of fewer goods than had been traded in the years prior to the appearance of the coronavirus.

While we might pity those poor Japanese (and what’s now revealed by a better grasp of their economy’s critical under—rather than overperformance), my point is that these struggles are hardly unique to the residents and resident businesses of Japan alone.

Trade values into and out of Europe, for one, look alarmingly similar to those posted by Japan above. Services spending in the supposedly mighty US of A, where consumers just can’t get enough of goods, at least in nominal terms, those same consumers like their Japanese counterparts aren’t buying services. Overall consumer spending in America is actually upsetting.

Unbeknownst to most people, but not the bond market, the whole global economy was actually struggling last year even while consumer, producer, and commodity prices skyrocketed, and now more and more this year much of it looks to be potentially rolling over while those remain (for now) unusually high.

The whole world closed out 2021 without a real recovery from 2020, especially services, and then more negative factors and even results by the start of 2022. Anyone focused strictly on the nominal and only on goods, meaning prices and various CPIs, is, like Japanese trade volumes, missing the boat(s).

This leaves the Federal Reserve hiking rates because of the illusion, not the real economy. Rate hikes wouldn’t solve inflation even if that was the problem. Since it isn’t, no wonder financial alarm bells have been ringing so loudly.