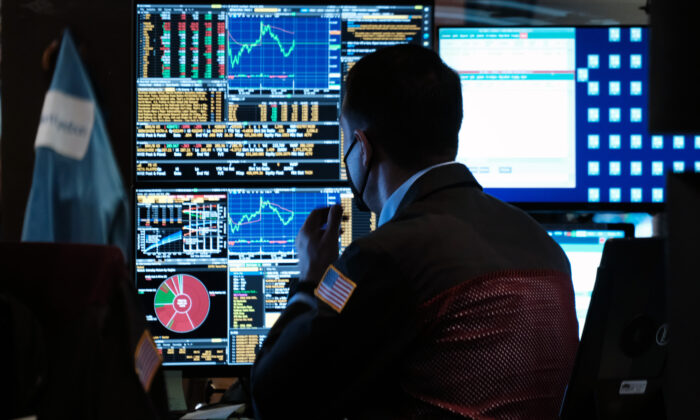 What Are Stocks Worth? A Review After 7 Months

Earlier this year, my Epoch Times article of Feb. 5 attempted to estimate the underlying value of stocks and determine the extent to which stocks were over- or undervalued and by how much.

My conclusion was that at 4,500, the S&P 500 was not only 10 percent overvalued but also that if there were an increase of interest rates to 4 percent it would raise the overvaluation to 15 percent. Hence, investors should have been cautious about holding stocks.

Much has changed over the past seven months. Russia invaded Ukraine, inflation soared, corporate bond rates increased to 4.5 percent, and the S&P 500 lost 500 points, to 4,000. Most stock portfolios are down more than 10 percent, close to the level anticipated by the increase in interest rates.

Of course, many things can affect stock prices. Even so, two things—earnings and interest rates—are so fundamental to valuing stocks, they deserve close attention before anyone should consider investing in stocks.

Understanding the longer-term trends in earnings and interest rates are very useful in determining the fundamental value of stocks. Looking first at the earnings trend for S&P 500 companies reveals an interesting phenomenon. Since 1947, the average yearly increase in earnings has been 6.5 percent. Actual earnings have moved frequently above and below this average, with a strong tendency to gravitate back to the trend line.

The middle trend line in the following chart shows the S&P 500 long-term earnings trend has increased by 6.5 percent annually since 1947; the green line shows annualized reported earnings for the S&P 500 companies. The important thing to note is how earnings eventually gravitate back to the trend whenever they are above or below the trend.

Ideally, to evaluate the impact of earnings on the stock market’s value we would like to know where actual earnings are going in the year ahead. This is often difficult, if not impossible. There have been a number of times when, even after the quarter ends, analysts’ estimates miss actual earnings by 20 percent or more. If we can’t rely on earnings estimates even after the quarter is over, imagine the difficulty of reliably forecasting future earnings.

Hence, when the interest rate on bonds is 3 percent, the earnings from stocks are worth far more than when interest rates are at 4 percent or 5 percent. This relationship allows us to use interest rates to adjust the impact of earnings in determining the fundamental value of stocks.

The most significant recent overvaluation occurred in 2007, just prior to the financial crisis. At that point, those buying stocks paid 25 percent more than their fair value. In the aftermath of the financial crisis in 2008–09, the S&P 500 companies were selling for almost half their estimated value!

Following losses during the financial crisis, investors were slow to realize the increase in the value of stocks as the economy recovered. Though stocks were often selling for 20 percent less than their value, investors were reluctant to believe it. Stock prices remained below value until the beginning of 2021. After more than a decade of rising stock prices, investors finally became comfortable paying higher prices for stocks.

With the S&P 500 Index currently in the vicinity of 4,000 and corporate bond rates at 4.5 percent, the index is 7 percent above its fundamental value of 3,700. The next move in stocks fundamental value is highly dependent on interest rates. If corporate bond rates remain at current levels, the increase in the long-term earnings trend will gradually raise the value of stocks to 4,000 by the end of 2023.

In spite of recent encouraging signs of an upward move in stock prices, our fundamental analysis points to potential problems for stocks in the months ahead.