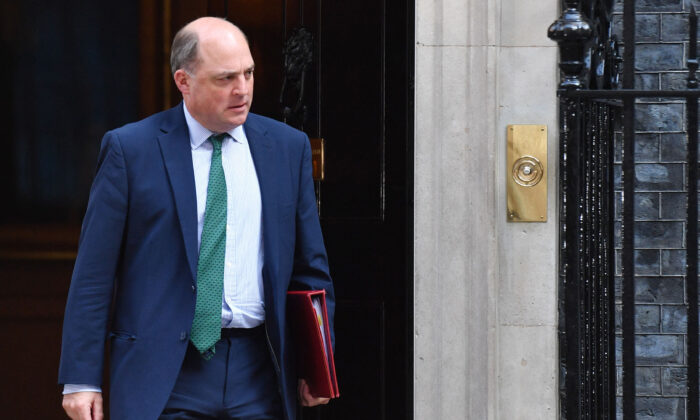 The UK’s Ministry of Defence (MoD) confirmed on Monday that it had launched an investigation following a data breach that could compromise the safety of more than 250 Afghan interpreters waiting to move to the UK.

The MoD also apologised for the incident after it was reported in media outlets.

“An investigation has been launched into a data breach of information from the Afghan Relocations Assistance Policy [(ARAP)] team,” An MoD spokeswoman said.

“We apologise to everyone impacted by this breach and are working hard to ensure it does not happen again,” she added.

The MoD didn’t specify the nature and the scope of the data breach, but according to the BBC, more than 250 Afghans who are applicants of the ARAP scheme—designed to relocate Afghans who are at risk of Taliban retaliation for their work with British military or government and their families—were mistakenly copied into an email from the MoD, meaning their email addresses and profile photos (if any), could be seen by all recipients.

Some of the recipients are reportedly in hiding from the Taliban.

The broadcaster also quoted one of the recipients, saying some people who didn’t realise the mistake had replied to all, explaining their personal situation.

The report said the MoD sent another urgent email 30 minutes later asking the recipients to delete the previous email and advising them to change their email addresses.

This is the third time British government officials have mishandled Afghan-related information and the second MoD investigation into such data breaches.

In June, a member of the public gave the BBC a soggy heap of documents they found at a bus stop in Kent, including information such as the likely reaction of the Russians to the passage of the Royal Navy destroyer HMS Defender through waters off the coast of Crimea and to the UK military presence in Afghanistan.

An investigation into the incident concluded that the papers had not been compromised by the UK’s adversaries, and the individual who made the mistake had been removed from “sensitive work” and has already had their security clearance suspended pending a full review.

During a chaotic evacuation from Afghanistan in August, a journalist from The Times of London found documents lying on the ground in the abandoned British Embassy compound in Kabul, showing contact information of some Afghans who worked for British authorities.

“The priority now is to urgently step up efforts to get these Afghans safely to the UK,” Healey said.

“This is the second major data breach from the MoD this year, after sensitive documents were discovered at a bus stop in Kent in June.”

Healey said the defence secretary “clearly” needs to “get his house in order.”

The MoD said it would take all necessary steps under the UK’s General Data Protection Regulation.

Simon Veasey contributed to this report.