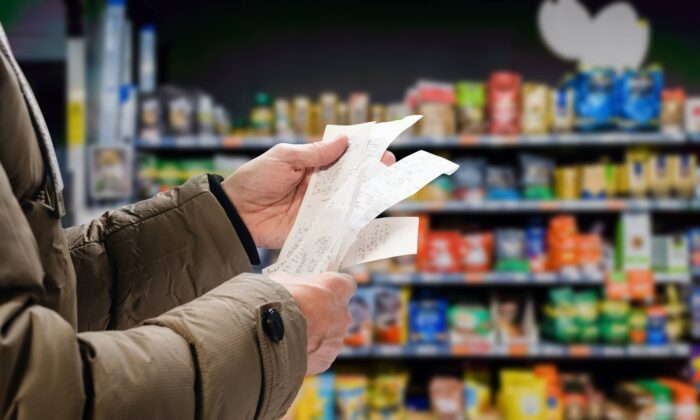 Over here in the United States, officials at the Federal Reserve have expressed their angst over consumer prices both publicly as well as in private. To the latter, according to the text of the minutes to the FOMC’s policy meeting held last month on March 15 and 16, released Wednesday, though the committee voted to raise its target rates by 25 basis points, it also said “many participants” would’ve preferred double that.

With the U.S. CPI rising at a four-decade high of nearly 8 percent year-over-year in February, the situation in Washington has gone way beyond simple urgency. Those same FOMC minutes also strongly suggest how officials want to speed up the pace of future rate increases, too, the document using the term “expeditiously” when it comes to forecasting more rate hikes ahead.

Such haste and concern on this side of the Atlantic contrasts sharply with what appears to be an almost lackadaisical approach in Europe. The European Central Bank (ECB) is confronting nearly the same levels of headline consumer price pressures. Via the European Union’s Eurostat agency, its preliminary estimates put average consumer prices at an all-time high of 7.5 percent year-over-year for the month of March 2022.

During that same month, however, the ECB’s Governor Christine Lagarde reiterated her institution’s more patient approach. To begin with, European officials are adamant rate hikes won’t begin until after their asset purchases are fully tapered and then terminated over the coming months.

Even once that happens, Lagarde has steadfastly claimed rate hikes won’t necessarily begin immediately. On March 17, the day after the FOMC meeting, she said, “This maintains our traditional sequencing logic, but also gives us extra space if needed after we stop purchasing bonds and before we take the next step towards normalization.”

And even once they might begin, Governor Lagarde also specified that the eventual pace of rate hikes will be “gradual,” further contrasting with the Federal Reserve’s near-panic.

It raises substantial questions, beginning with why each central bank confronted with seemingly the same challenge is taking very different approaches.

To put it simply, Federal Reserve Chairman Jay Powell believes the U.S. economy is in a very strong position, with households and businesses in terrific shape to handle both consumer prices increases as well as whatever additional effect (none) from his own rate hikes. Everything outside the United States is, in the FOMC view, immaterial.

Europe’s Lagarde and others aren’t nearly so convinced about Europe … and beyond.

Though it has become convenient to blame potential fallout from Russia’s Ukraine invasion, Bank of Italy Governor Ignazio Visco championed caution over his stated concerns about organic demand destruction. Also in March, he said the outlook for Europe had “severely worsened” because, “I think households will be hard hit by energy and food price shock, particularly those in the low income brackets.”

Households across the world have been forced to hold on and take the pain, beyond paying for gasoline and groceries. At some point, they pay too much, get too little and begin to scale back on other purchases, if not all purchases, goods and services alike.

Recent data continues to indicate just how real a threat this might be. Starting with Germany’s Statistisches Bundesamt, or deStatis as it is referred to sometimes, the agency also this week published its February 2022 update for factory orders in that country. As the powerhouse engine of European manufacturing, as well as global trade beyond, the level of forward-looking orders thought to have been booked by German factories for future production is a key gauge of global economic shape.

It isn’t just the one month’s results, however, as those merely continue a downward trend reaching back all the way to the middle of last year—right around the time when consumer price acceleration really began to pick up.

Compared to last July’s peak, German factory orders in total were likely 7.2 percent lower by February; orders from other Europeans were down more than 6 percent in roughly the same time period, including the first couple months of 2022.

This emerging picture of economic weakening is hardly limited to new orders for goods placed in Germany. I could cite any number of similar from the world’s third-largest economy, too, in Japan. More to the point, though, the economic trend gets more disturbing in China.

As we are now seeing videos emerge from Shanghai showing residents’ growing resistance to communist China’s insistence on strict adherence to its truly dystopian, frankly outright-insane zero-COVID tolerance, the general Chinese economy has repeatedly taken severe if temporary hits from it.

But it isn’t just those regional lockdowns responsible for the macro degradation. According to China’s National Bureau of Statistics (NBS) as well as private information provider Caixin, each’s various sentiment indicators (purchasing managers indexes, or PMIs) have displayed a very clear and unbroken trend heading lower dating back at least to the earlier parts of last year.

They’ve now reached lows more like those from 2020, an economic spiral no matter what temporary pandemic restrictions have been brutally imposed where or when in that country. Those authoritarian lockdowns might be responsible for the periodic lows in sentiment like economic data, yet they do not and cannot account for the overall direction.

Unsurprisingly, it looks much more like Germany’s factory sector than the more robust condition Jay Powell and the FOMC is counting on. There are very close trade connections between Europe and China, so it is—or should be—understandable how, looking forward, such serious setbacks from China might do more than corroborate growing trouble in Germany.

China also has close ties to U.S. demand for goods.

Each is a very compelling indication about the most likely worldwide future setting. We witnessed the exact same diverging from China like in Germany and throughout Europe starting very early in 2018, too, which ended up correctly predicting the same for the United States. Mario Draghi, Christine Lagarde’s predecessor, very quickly and rashly shrugged off those unwelcome developments, as would the Fed’s Jay Powell.

Lagarde, at least this time around, seems to be less enthusiastic, perhaps all-too-aware of the potential for making the same huge error only four years later.

The Fed? Forever undaunted by data or reason.

If you are at all wondering why, for example, the U.S. Treasury yield curve is inverted as much as it is despite Powell’s confidence and insistence, such inversion a very powerful cautionary signal quite possibly forewarning of outright recession for both inside the United States as well as around the rest of the world, the answers for it can be found just beginning with suspiciously cautious Europe like seriously sinking China.