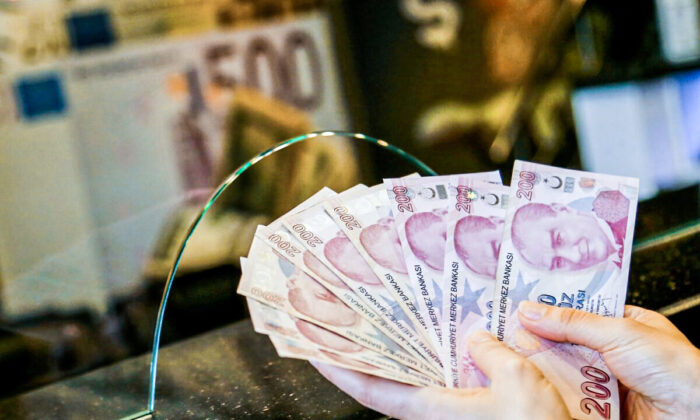 ISTANBUL—The Turkish lira skidded to another all-time low of 9.85 on Monday after President Tayyip Erdogan said he had ordered the expulsion of ambassadors from the United States and nine other Western countries, risking a diplomatic rift.

On Saturday Erdogan said he told his foreign ministry to expel the ambassadors for demanding the release of businessman and philanthropist Osman Kavala, who has been held in prison for four years without being convicted.

By Monday morning, there was no sign that the foreign ministry had yet carried out the president’s instruction, which would open the deepest rift with the West in Erdogan’s 19 years in power.

The president will chair a cabinet meeting at 3 p.m. (1200 GMT), when decisions could be made on whether to move ahead. Generally, Erdogan issues a statement after meetings, around 1600 GMT.

“On top of deteriorating fundamentals, tensions with the West are likely to continue rising after President Erdogan said that ambassadors from ten nations were no longer welcome in Turkey,” said Win Thin at Brown Brothers Harriman.

Separately, state lenders Ziraat Bank, Vakifbank, and Halkbank lowered their loan rates by up to 200 basis points, confirming a Reuters report on Sunday that cited people with knowledge of the matter.

Analysts said the move could support some borrowers but also exacerbate pressure on the lira and the economy, given that Turkey’s benchmark bond yields shot up after the central bank slashed its policy rate by 200 points to 16 percent last week.

Back to March Levels

The lira has lost 24.5 percent of its value so far this year in a selloff that accelerated after the central bank eased policy, despite rising inflation, in a shock move derided as reckless by economists and opposition lawmakers.

Another rate cut is likely at the next policy meeting on Nov. 18, even though inflation is set to accelerate due to the plunging lira and rising energy prices, he added.

With the selloff continuing, Turkish credit default swaps, which insure against default, rose to the highest since March, as did lira implied volatility gauges.

Erdogan’s political opponents said his call to expel the ambassadors was an attempt to distract attention from Turkey’s economic difficulties, while diplomats hoped the expulsions might yet be averted.

“And we all know that (Central Bank Governor Sahap) Kavcioglu has no mandate to hike rates, so the only defence will be spending foreign exchange reserves the CBRT does not have,” he said.