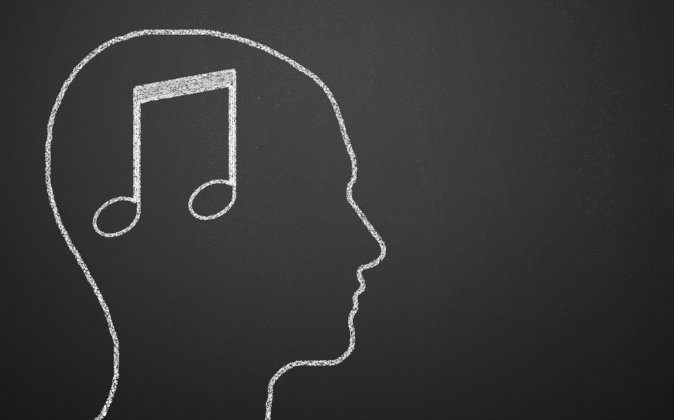 People who can’t talk after a stroke can often sing—and they are even able to access all the lyrics. A man named Woody who suffered from Alzheimer’s could give an outstanding musical performance as he did in his lucid days, even though he’d forget the whole thing a few minutes later. A fetus’s heart rate rises and falls according to the tempo of music being played outside the womb. From start to finish, humans have a strong, and sometimes strange, connection to music.

Dr. Oliver Sacks, author of “Musicophilia,” has studied the brain’s interactions with music.

“The past which is not recoverable in any other way, it’s sort of embedded as if in amber in the music and people can regain a sense of identity, at least for a while,” he said in a video posted on his website.

Forgetting All but Music

He has treated patients who’ve lost the ability to speak, guiding them at first to sing. Language is still there, even if it’s embedded in songs. “Happy Birthday” is his ice-breaker. The patients start by singing little phrases and eventually they keep the words while removing the music.

In a documentary titled “Alive Inside,” a care-giver talks of a woman who had been unresponsive for years, but when they put music to her ears, she started moving to the rhythm.

The fetus begins to develop an auditory system at 17 to 19 weeks, explained Elena Mannes in her book, “The Power of Music: Pioneering Discoveries in the New Science of Song.” Mannes cited a study by Shiela Woodward at the University of Capetown in South Africa. In the 1990s, Woodward worked with the Institute of Maritime Technology to develop a microphone that could function if placed in the uterus.

The microphone was safely placed in the uteri of women in the early stages of labor. In the womb, the mother’s heartbeat sounds a rhythmic pulse. Music from outside, though muffled, can be heard.

Woodward’s team also measured the fetus’ response to music. They found the heart rate can become slightly elevated when music is played. Even if the mother listens to music with earphones, the fetus’ heart rate can rise or fall along with the mother’s emotional response.

When the Hearing-Impaired Hear Music

Dr. Sacks has found that the parts of the brain connected to music can randomly trigger, allowing hearing-impaired people to hear music in their silence.

“As the visual parts of the brain are no longer getting any input, they become hyperactive and excitable. They start to fire spontaneously, and you start to see things,” he said in a TED Talk. The same principle is at work in the audio hallucinations.

Another interesting phenomenon Dr. Sacks explores related to music is the tendency in some people to “see” music. For example, he tells the story of a talented young music student who told his instructor one day, “I love that blue piece.”

The instructor asked, “What do you mean that blue piece?” The student said, “That piece in D-major.”

For him, D-major was naturally blue, and he assumed everyone perceived colors along with music. This phenomenon is known as synesthesia. This particular musician met another synesthete later in life who saw D-major as yellow.

“No two synesthetes will ever agree,” said Dr. Sacks.

Synesthesia works in a variety of ways. Sommelier Jaime Smith can smell in colors and shapes. An NPR article explained that Smith could, for example, smell a “beautiful, aquamarine, flowy, kind of wavy color” when sampling a white wine like Nosiola. Smith told NPR: “I feel that I have an advantage over a lot of people, particularly in a field where you’re judged on how good of a smeller you are.”

Some people can hear fine, and their brains seem to receive music in a normal way, but they just don’t enjoy music. Close to 5 percent of the population doesn’t like listening to music, according to D-News. Researchers call the condition “specific musical anhedonia.” The social component of music is strong, and D-News said many people find it weird if someone doesn’t like music. A study by the University of Colorado showed that people who feel more of a need to belong to groups also have a stronger connection to music.

*Concept image of music via Shutterstock