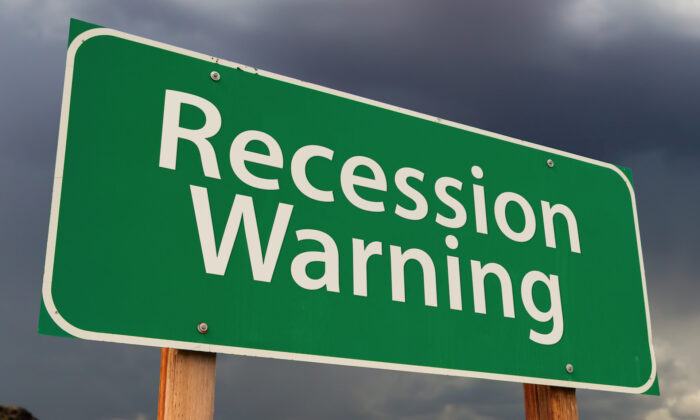 The Politics Behind Inflation and Recession

Among the issues that are barely discussed by economists are the current policies pushing the U.S. economy toward a state of collapse. And yet recently, former President Trump warned about the possibility of an economic collapse (i.e., a depression). He, for example, quite rightly blamed the Biden administration for the inflation crisis.

To note, while Trump had a rather notable track-record in propelling the U.S. economy into a renewed growth during his tenure, his aggressive policies postponed the recession that should have arrived to the United States in 2020, at the latest. An economy needs to enter a recession periodically (cyclically) to root out excess leverage, over-indebtedness, and unprofitable companies. An economy is meant to develop through (business) cycles. All attempts to remove the cyclicality will make the economy fragile and thus subject to larger business-cycle fluctuations and crises.

The artificial recession, that is, the shutdown of the U.S. economy during the spring of 2020, was probably necessary, for a short while at least, but the stimulus checks and the bailout of the financial markets by the Federal Reserve can be seen as grave mistakes. The former crushed the labor force participation rate and created artificial demand for “stuff from China,” which led to the backlog in U.S. ports and in global freight, thereby setting the stage for the shock of  inflation. However, the exceptionality of the situation in the spring of 2020 demanded extraordinary measures and thus the actions taken by President Trump were understandable.

Just to recap what the Fed did, for example, during March 2020 (from my previous column):

The Fed effectively backstopped (socialized) the losses of investors and companies in the capital markets, and created a massive and wholly artificial increase in the money in circulation in the United States. Thus, the combined effect of lockdowns, stimulus checks, and the Fed bailout created the prerequisites for the inflation shock. However, much graver failures were required for the inflation crisis to emerge in full, and made they were.

It has been rather baffling to follow the economic policies of the Biden administration. Basically defying all economic logic, the administration issued yet another set of “stimulus” checks in March 2021. This essentially made everything worse. The lockdowns were ending, and there was a serious risk of an inflation shock due to the opening of the U.S. economy, as we warned in our Q-Review forecasting report in March 2021:

“So, inflation has been running higher than shown in the official figures, but the real problems are likely to emerge when economies reopen and conditions move toward a ‘new normal,’ which is now occurring in the United States. Airlines, hotels, restaurants, etc., now have diminished capacity, which means that they may be unable to meet suddenly increased demand.”

At this point, all artificial increase in demand, like distributing “free” money to the populace, just aggravated the inflation shock, and this is exactly what President Biden did. Alas, we can argue that the Biden administration made the shock much worse than it would have been if people would have simply returned to work and not used their free money to buy things and services in limited supply. To top it all off, the push by Biden to increase the minimum wage, which eased the labor shortage a bit, further increased the costs of corporations, fueling the inflation shock.

The energy policies of the White House, which effectively reversed the policies of the Trump administration helping the United States to strengthen her energy independence and to provide support to global oil and gas markets, have directly contributed to the massive surge in energy prices on both sides of the Atlantic. Of course, the onset the Russo-Ukrainian war was hard to forecast (we did, however, cast a warning about it two weeks before Russian troops crossed the Ukrainian border), but the energy policies of the Biden administration could not have come at a worse time.

Moreover, the stubborn policies of the Biden administration and the European leaders regarding sanctions against Russia have created an extremely precarious situation, wherein the whole energy sector of Europe, and thus the European economy, could face a collapse during the coming winter. Moreover, I don’t think there’s a single example in the history of economic sanctions successfully working against any country under an authoritarian rule, and definitely not against Russia.

It is truly baffling how European leaders have been so gullible that they have effectively relinquished their energy independence to Russia, which, let’s be honest, has been an opportunistic aggressor basically throughout her existence. We Finns know that you should never relinquish anything to Russia if you want a functional and mutually beneficial relationship with that eastern neighbor.

But, the main point here is that politics are currently driving us into an “abyss.”

The Inflation Reduction Act, recently passed by the Senate, could end up doing the opposite, or nothing, as a study by the University of Pennsylvania showed. Fast inflation emerges when there’s a mismatch between demand and supply, i.e., there’s too much demand in relation to production. More government spending on the green-energy transformation will increase demand fueling inflation. In addition, indirect tax hikes on energy, etc., will increase costs of corporations, while medical subsidies should ease them. All in all, the characterization of “inflation reduction” is more a political catchphrase than an actual description of what the act will do.

We also should not forget the origins of this, and of basically all inflation crises: the utterly irresponsible “money printing” by the Fed and other central banks. We would not be in this mess without their failed policies (such as quantitative easing and zero-bound or even negative interest rates), and now they are trying to fix their mistakes by rapid interest rate hikes and quantitative tightening, which will eventually crash the economy.

So, when the “chickens” of this manipulated economic cycle come home to “roost,” remember to blame the right culprits for it. They can be found in the White House and the Eccles Building in Washington, D.C.