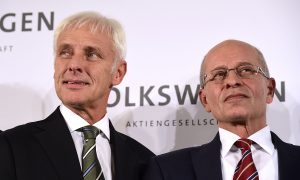 Sun Yang, who lived in China during the Spring and Autumn period (770-476 BC), was said to have an outstanding ability to recognize talent in horses. Because Sun Yang was so good at identifying great horses, people eulogized him and called him Bo Le, the name of the deity who is in charge of horses.

Once, the King of Chu commissioned Sun Yang to find him a fine horse that “could run thousand miles a day.” Sun Yang told the king that such “thousand-mile horses” are rare, and thus hard to find. In order to find one, he would therefore have to spend a lot of time traveling all over the place. Aware of Sun Yang’s reputation, the king gave his permission.

Sun Yang traveled to several regions, including Yan and Zhao, which are famous for breeding fine horses. He searched carefully and went through a lot of hardship, but still could not find the right horse.

One day, when he was passing through Qi State, Sun Yang saw a horse struggling to pull a cart filled with salt up a hill. The bony horse was breathing hoarsely and panting with each step.

When the horse noticed Sun Yang, he suddenly neighed out loudly while raising its head and opening its eyes widely. It was almost as if the horse wanted to tell Sun Yang something. From this sound, Sun Yang could instantly tell he had found that rare and fine horse he was looking for.

“No other horse can run faster than this one in the battlefields. But he is worse than an average horse in pulling a carriage. Sell him to me,” Sun Yang said to the rider.

The cart driver believed Sun Yang to be a fool. In the driver’s mind, this bony-looking horse was just mediocre and not even strong enough to pull a cart; plus, it ate far too much. The driver thus happily agreed to sell the horse to Sun Yang.

Sun Yang immediately brought the horse back to Chu. When they finally reached the palace, Sun Yang patted the horse’s neck, whispering: “I’ve found a good master for you.”

As if it understood what Sun Yang had just said, the horse raised one of its fore legs, stomped on the ground, craned its neck, and let out a long whinny. The sound was as loud as a giant gong penetrating the heavens.

The King of Chu heard this unusual sound and walked out of his palace to where Sun Yang was standing, proudly pointing at the horse. He said: “My King, I brought you the ‘thousand-mile horse,’ please take a look.”

When the King saw how skinny and exhausted the horse looked, he thought Sun Yang was poking fun at him

“I thought you knew how to choose a horse, and that’s why I asked you to get a fine one for me. But look at this! What kind of horse have you brought me? It can hardly walk, not to mention run in the battlefields,” exclaimed the King.

“This is indeed a ‘thousand-mile horse.’ It is just that he was used for pulling carts and hasn’t been fed properly, so he looks a little scruffy. If we feed him well, he will recover within half a month,” Sun Yang told the king.

Half believing and half doubting, the king ordered the grooms to feed the horse well and take care of it. Shortly after, the horse became strong and full of vigor.

Whenever the king rode the horse, it was as if they covered a hundred miles in a second. Thereafter, the king used the “thousand-mile horse” to fight in many battles, achieving great victories together.

After that, the king respected Sun Yang more than ever.