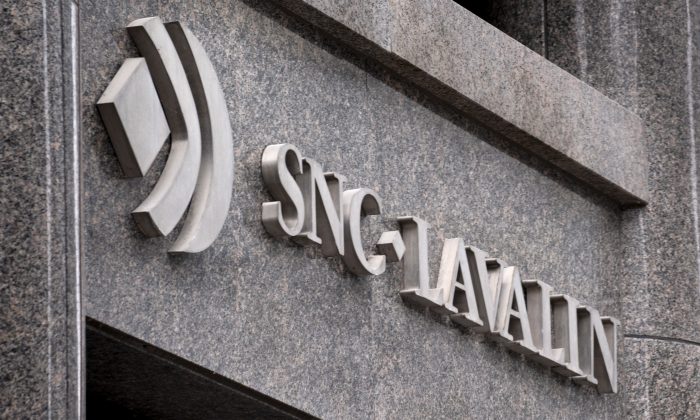 The Liberal government is in hot water because of its alleged actions regarding SNC-Lavalin, a company deemed to be of national significance but saddled with a history of questionable conduct. The government’s efforts to assist the Montreal-based global engineering and construction firm shows how far it can go for such companies.

SNC-Lavalin employs around 50,000 people and earned $9.1 billion in revenue in 2017. In Quebec, the company is viewed by many as a crown jewel. It is but one example of a large Canadian company in which the government effectively has a vested interested in helping avoid ruin.

With a reputation of holding political sway in Quebec City and Ottawa, SNC-Lavalin is desperately trying to move beyond charges of bribing Libyan officials while avoiding crippling punishment.

Through remediation agreements (RAs) that came into effect in September 2018—a company may be able to avoid potentially harsher penalties imposed by a guilty conviction in a court of law.

According to The Globe and Mail on Feb. 7, SNC-Lavalin told the government it was in dire circumstances and needed suspension of criminal charges. Since the start of 2017, there have been more than 50 meetings between the firm and the feds on subjects of justice and law enforcement. The Globe reported that Liberal party insiders knew the 2018 budget’s introduction of RAs was meant to help out SNC-Lavalin, which gives an idea of the company’s political sway.

Large companies having deep relationships with the government like SNC-Lavalin seem to play by a different set of rules from smaller firms struggling under regulatory burdens. The result is a less competitive and less productive economy.

The Canadian economy is small and concentrated in certain industries. A handful of large companies tend to dominate industries like banking, airlines, and telecommunications. This reality has the potential to create more hairy situations for the government.

“We [Canada] have so many oligopolistic companies. This is going to come up again. This is not the first time that a justice minister or prime minister has been involved in trying to … help a company get off the hook,” said Carleton University business professor Ian Lee in an interview.

The government desires a thriving economy and wants jobs to be created, not lost. It would not want SNC-Lavalin to suffer like Bombardier—another Quebec darling—did. The government granted hundreds of millions of dollars in interest-free loans when Bombardier ran into various difficulties; it has laid off thousands of workers.

“The more people that can potentially lose their jobs, the more quickly the politicians will react,” Lee said.

Companies like SNC-Lavalin and Bombardier have a special status, says Lee. “[They’re] so important to Quebeckers and the provincial government. That necessarily makes them important to the federal political parties,” he said.

SNC-Lavalin faces a potential 10-year ban from government business. Lee says such punishment would have been too severe, but he has concerns about the newly introduced RAs being little more than a slap on the wrist.

Based on how RAs have evolved in the United States, Lee suggests a “mega fine” of 5–10 percent of assets along with a written public enumeration of the company’s wrongdoing approved by a superior court judge would be appropriate.

“We want the penalties to change their behaviour and other companies in the future,” Lee said.

So far no company has yet “benefited” from an RA through the government’s public prosecution service after the amendment to the Criminal Code came into force.

In its report “Death by 130,000 Cuts: Improving Canada’s Regulatory Competitiveness,” the Canadian Chamber of Commerce said that of all the skills needed to do business in Canada, “perhaps the most important is learning to navigate government regulations and bureaucracy.”

And these regulations serve as a moat around large companies, which have the human and financial resources to navigate the regulatory quagmire. The number of federal requirements that impose an administrative burden on businesses went up from 129,860 in 2014 to 131,754 in 2015.

“Onerous compliance costs along with inefficient and unpredictable regulatory processes divert business resources away from more productive activities. This is especially true for small businesses, which lack the specialized and dedicated compliance resources of larger firms,” according to the report.

Canada has fallen to No. 14 on the global competitiveness index from No. 9 eight years ago. On the burden of government regulation, Canada ranks 38th. The country has become far less attractive to foreign investment, which would challenge larger companies.

“In the oligopolistic markets there’s a lot of hidden barriers that keep out foreign competition,” Lee said.

In Canada, 87 percent of the domestic market is controlled by two airlines and Canadians endure some of the highest airfares in the world, according to Mark Morabito, executive chairman of Canada Jetlines.

And of course, the big six banks own upward of 95 percent of total bank assets in Canada.

Lee says that the oligopolistic nature of Canada’s business landscape hurts the nation’s productivity vis-a-vis the United States and that more competition and foreign investment—which the Liberal government desperately seeks—will diminish the government’s influence over the business landscape.

“When you open it up to competition, it’s harder to get the government to protect you,” Lee said. “When you make the economy more competitive, it’s going to chip away at this kind of behaviour we’re discussing.”

Transparency is extremely important since the competitive marketplace isn’t able to keep everybody in check, says Lee, adding that this is why, more than ever, Canada needs a free media, academics, and NGOs that can ferret out bad corporate behaviour.