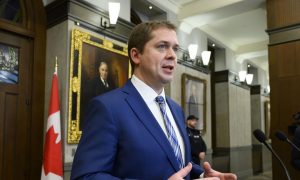 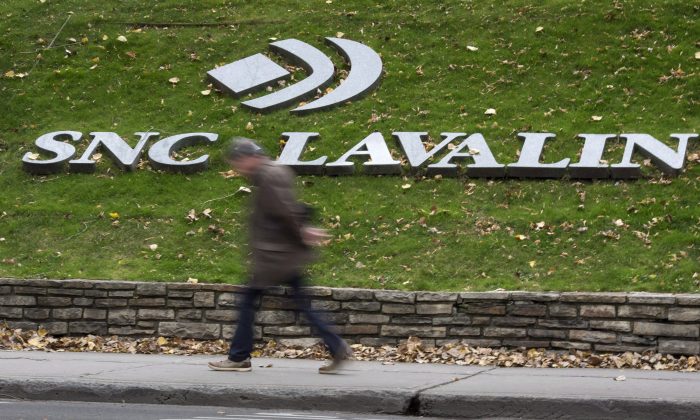 Debt rating agency Standard & Poor’s downgraded the company on Feb. 12, citing diplomatic tensions and criminal charges against the beleaguered engineering giant as among the financial headwinds buffeting a firm now swept up in a political firestorm.

A pair of slashed profit forecasts from SNC-Lavalin in the past three weeks—which first halved the per-share earnings target and then cut it again by more than 40 percent—will make for a higher debt ratio, the agency said, prompting the downgrade to BBB- from BBB.

An ongoing feud between Canada and Saudi Arabia, where the company has 9,000 employees, is jeopardizing future contracts in a volatile oil and gas industry, the agency suggested.

Standard & Poor’s also highlighted the prospect of a ban of up to 10 years on contracts with the federal government in Canada.

The ban is one possible outcome that could flow from a conviction on fraud and corruption charges stemming from alleged dealings with the Libyan regime under Moammar Gadhafi between 2001 and 2011. The company has pleaded not guilty.

In 2013, SNC-Lavalin was debarred from bidding on any construction project backed by the World Bank for up to 10 years, constraining its options.

The Montreal-based company has halted all bidding on future mining projects following a contract dispute with Chile’s state-owned copper mining company Codelco. Now entering arbitration, the tiff could yield a $350 million loss for SNC-Lavalin’s mining and metallurgy business in the fourth quarter of 2018.

The downgrade came after the federal ethics commissioner launched an investigation into allegations that the Prime Minister’s Office put pressure on former attorney general Jody Wilson-Raybould to help the company avoid a criminal prosecution.

Further clouding the legal and fiscal horizon are court documents that show Quebec prosecutors are working with the RCMP on the possibility of new criminal charges against SNC-Lavalin tied to a contract to refurbish Montreal’s Jacques Cartier Bridge.