A fisherman sustained a severe injury after being bitten by a blue shark off Ireland’s south coast on Sept. 1.

According to the Royal National Lifeboat Institution (RNLI), he suffered a “serious lower arm injury” that was treated immediately on the angling boat he was on, Deora De, The Sun reported.

The RNLI volunteer lifeboat traveled 13 miles (21 kilometers) off the shores of Crosshaven, County Cork, at around 6 p.m. to meet the Deora De.

This footage shows the moment that the fisherman from Belfast was transferred from the Deora De to the RNLI lifeboat and transported back to shore.

After that, an ambulance took him to Cork University Hospital, The Sun reported.

After RNLI gave their statement, the shark attack wasn’t as aggressive as it sounded.

“This was more of an angling accident than a shark attack, there was a bit of a struggle when pulling the shark on board. We’re not trying to panic anyone,” said the RNLI spokesman.

Storyful contributed to this article. 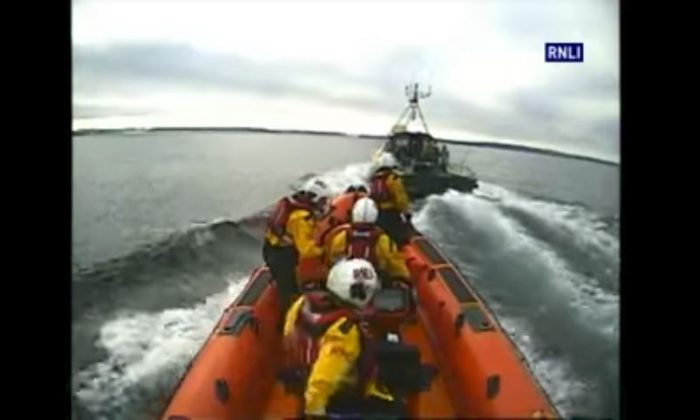