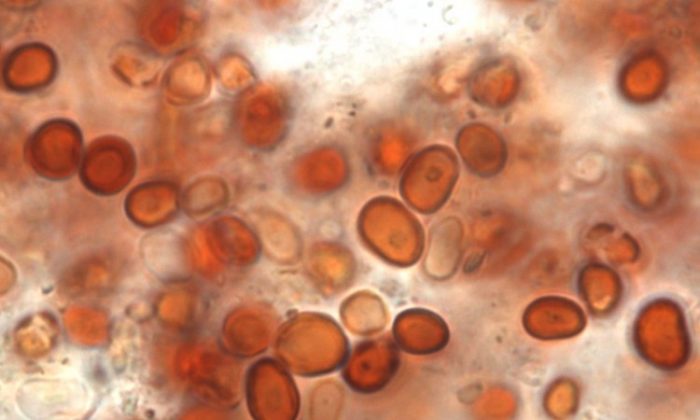 A red cell as seen with transmission electron microscopy. (Godfrey Louis/CUSAT)
Beyond Science

Red Rain in India May Have Alien Origin

A rare shower of red rain fell for about 15 minutes in the city of Kannur, Kerala, India, early on June 28. Local residents were perturbed, but this is not the first time the state has experienced colored rain.

This strange phenomenon was first recorded in Kerala a few hours after a meteor airburst in July 2001, when a space rock exploded in the atmosphere. More than 120 such rain showers were reported that year, including yellow, green, and black ones.

Astrobiologist Godfrey Louis, pro vice-chancellor at nearby Cochin University of Science and Technology (CUSAT), has studied samples of red rainwater in 2001 and discovered strange properties, including autofluorescence—light that is naturally emitted by cell structures like mitochondria.

Louis believes these cells could be extra-terrestrial because existing theories already hypothesize that comets may have a hot water core with chemical nutrients able to support microbial growth.

“Such comets can break into fragments as they near the sun during their travel along highly elliptical orbits,” he told The Epoch Times via email. “These fragments can remain in orbit and later can enter Earth’s atmosphere periodically.”

According to Louis, red particles in the atmosphere from a fragmented meteor probably seeded the red rain clouds.

“There can be roughly of the order of 100 million cells in one liter of red rain water,” he said. “The red rain can appear like black coffee if the concentration of the cells increases in the rain water.”

These “alien” cells resemble normal cells, but lack conventional biological molecules like DNA, and are expected to have different biochemistry.

“Unlike other biological cells, these red rain microbes can withstand very high temperatures,” Louis explained. “It is possible to culture them at temperatures as high as 300 degrees centigrade [572 degrees Fahrenheit].”

Even the toughest known heat-loving bacteria on Earth cannot withstand the same hot conditions as the red cells.

Louis has also studied yellow rain, and says it contains some unknown dissolved materials but no red cells.

“Yellow rain and red rain are related as both show an unusual characteristic: autofluorescence,” he said. “It is inferred that the materials dissolved in the yellow rain are the biological byproducts of these micro-organisms.”

Researchers are attempting to identify the molecular components in the red cells and to provide more insights into colored rain.

Read Louis’ research paper on the red rains in 2001 here.