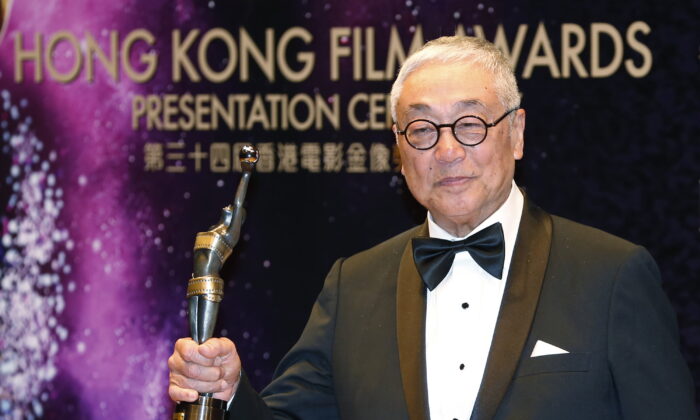 Two days prior to Tsang’s death, the 87-year-old returned to Hong Kong after vacationing in Singapore and Malaysia. Per the government’s COVID-19 policies, Tsang was required to quarantine for seven days at the Kowloon Hotel in Tsim Sha Tsui. After arriving, Tsang notified family members that he was experiencing heartburn and asked them to deliver his medications for hypertension. Because the family was not allowed to visit Tsang, the medications could only be handed to the hotel’s front desk.

Tsang’s former wife, model and columnist Barbara Tang, told the media the couple’s daughter, Tsang Mo-suet had called her father on the morning of April 27. When he didn’t answer, she asked the hotel staff to check on him. Tsang failed to answer the door. Mo-suet was told the hotel was not allowed to open her father’s door without permission from the Department of Health (DOH). After obtaining permission, the hotel staff entered Tsang’s room at noon and later confirmed his death.

Hong Kong’s COVID quarantine applies to all travelers entering or returning to China, without exception, and regardless of their individual needs. Regulations issued by the DoH state that if a person quarantined in a hotel leaves their room, they could be fined $25,000 and imprisoned for six months.

To clarify the DoH policy, Director of Infectious Diseases Cheung Chuk-Kwan said hotels should consider whether a quarantine request is reasonable, and they need not ask the government’s permission in every situation.

From the UK, author Chip Tsao shared his grief about Tsang’s death in a Facebook post. He included an old photo of himself with Tsang and remembered him as a “man of character and vision.”

Tsao also criticized Hong Kong’s mandatory quarantine policy saying it was stupid and inhumane. If his wife had been with him, he might have been okay, at least he would have had someone with him. He said, “In the United States, people like Clint Eastwood can still be a director and leading man at their age and make great films that express their personal wisdom.”

Tsao concluded by saying, “Hong Kong has one less person with character, opinions, and experience. It’s the time of the great dispersal, is it God’s will?” Tsao was referring to how people began leaving Hong Kong in droves after the passage of China’s National Security Law. Despite people’s love of Hong Kong and desire to stay, they say they have no choice but to flee.

Kenneth Tsang was born on October 5, 1934. At 16, he earned acting roles as a teen idol in two Hong Kong movies before graduating from high school. He left Hong Kong to begin college in Abilene Texas, then transferred to U. C. Berkley where he graduated with a degree in architecture. He returned to Hong Kong during the early 1960s and worked as an architect until his career was no longer enough. At the time, Tsang’s younger sister, Jeanette Lin Tsui had become a successful Hong Kong film star and encouraged him to try acting again.

Tsang’s new career in show business began in the 1960s with Hong Kong-produced detective and martial arts movies. He continued acting for over 50 years, earning 237 credits. Fame struck Tsang in 1983 for his role as Wong Yak Shi in “The Legend of the Condor Heroes.”

His rising popularity propelled him into notable Hollywood movies usually portraying a mafia boss, police officer, or military official. Tsang was in John Woo’s “The Killer” in 1989. “The Replacement Killers” in 1998 along with Chow Yun-fat and Mira Sorvino. “Anna and the King” in 1999. “Rush Hour 2” in 2001 along with Jackie Chan and Chris Tucker, the 2002 James Bond film “Die Another Day,” and “Memoirs of a Geisha” in 2005.

Tsang’s prolific movie and TV career extends far beyond these few films. He was the recipient of multiple cinematic awards, including the Hong Kong Film Award for Best Supporting Actor in 2015, and a Lifetime Achievement Award in 2019 during the 9th Asian Film Festival in Chicago.