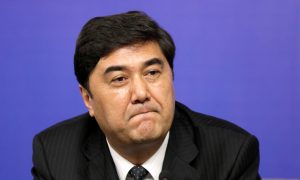 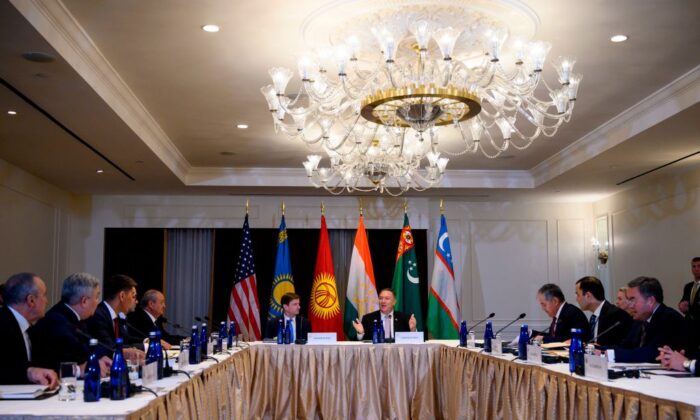 U.S. Secretary of State Mike Pompeo called on countries around the world not to succumb to Beijing’s pressure and repatriate ethnic Uyghurs back to China, where they could be subject to heavy suppression.

“I want to make clear that China’s repressive campaign in Xinjiang is not about terrorism. It’s about China’s attempt—about China’s attempt to erase its own citizens’ Muslim faith and culture,” said Pompeo at a meeting with Central Asian foreign ministers in New York City on Sept. 22.

Xinjiang, located in northwestern China, borders Kazakhstan, Kyrgyzstan, and Tajikistan, and is home to roughly 11 million Turkic minorities, who mostly practice Islam. In recent years, amid the Chinese regime’s growing crackdown in Xinjiang, Uyghurs and other Turkic minorities have sought refuge in Central Asian countries, where they share a common cultural background.

The U.S. State Department and experts have estimated that more than 1 million Uyghurs and other Muslim minorities are currently being detained inside internment camps in Xinjiang, as part of the Chinese regime’s crackdown on “extremism.” Beijing claims these camps are “vocational training centers.”

Survivors have given accounts of torture and political indoctrination.

Outside these camps, authorities have turned the region into a police state with Xinjiang’s population being subject to constant surveillance.

The U.S. administration is expected to confront China about the Xinjiang crisis during the annual United Nations General Assembly taking place this week in New York City.

In July, 22 countries signed a joint letter to the U.N. High Commissioner for Human Rights and the President of the U.N. Human Rights Council, calling on China to “refrain from the arbitrary detention and restrictions on freedom of movement of Uyghurs and other Muslim and minority communities in Xinjiang.”

In a Sept. 22 report by India’s largest news agency Press Trust of India, a journalist who visited Xinjiang as part of a press delegation organized by the Chinese regime recounted speaking with a 28 year-old Uyghur who was being detained at a camp located in Wensu County. She said she was sent there by local police in June 2018 for wearing a burqa, a garment worn by women in some Islamic traditions to cover themselves in public.

China’s Foreign Ministry spokesperson Geng Shuang, at a daily press briefing on Sept. 23, attacked Pompeo for his speech, saying that “a certain politician in the United States has tried to smear and vilify China’s policy in Xinjiang.”

He added that the situation in Xinjiang was “China’s domestic affairs” and no country had the right to interfere.

Pompeo also indirectly criticized China’s investments in Central Asia—most of which are done through China’s foreign policy of “One Belt, One Road” (OBOR, also known as Belt and Road).

Launched by Beijing in 2013, OBOR is an initiative to build up geopolitical influence via investments into infrastructure projects across Southeast Asia, Africa, Europe, and Latin America.

“We, of course, respect your right to do business with whomever you wish. But when you do, consider how America does business—openly and fairly and on mutually beneficial terms,” said Pompeo.

He added: “The United States too can offer independent experts to review and assess foreign infrastructure investments in your countries if you’re interested in that assistance as well.”

In Kazakhstan, anti-China protests have erupted in several cities since early September, over plans to build Chinese factories in the country. Dozens of protesters were detained during demonstrations on Sept. 21.

Around the same time, a video showing hundreds of detainees handcuffed and blindfolded, reportedly at a Xinjiang train station, began circulating widely. In a series of tweets, Nathan Ruser, a researcher at the think tank Australian Strategic Policy Institute, analyzed the footage to conclude that the video was likely taken at the Korla City West train station on or around August 18, 2018.