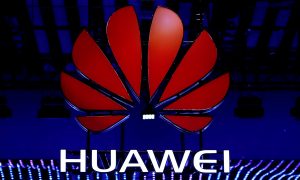 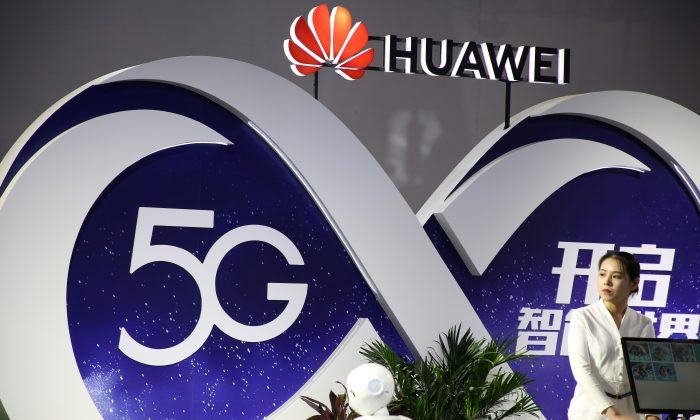 A woman stands at the booth of Huawei featuring 5G technology at the PT Expo in Beijing, China on Sept. 28, 2018. (Reuters)
Europe

WARSAW—Poland is set to exclude Huawei from its future 5G network in favor of European players following the arrest of an employee from the Chinese telecoms company on suspicion of spying, officials and industry sources say.

Polish government officials are talking to European Union and North American allies on the next steps but haven’t determined which telecoms equipment maker might replace Huawei, the sources said.

“Arresting a spy means end of the discussion,” said a government official, who spoke on the condition of anonymity. “I think the Chinese will not be present in 5G in Poland.”

Poland’s President Andrzej Duda has also suggested that Huawei was likely to be shut out.

“I’m definitely closer to cooperating with European firms or with those from the U.S. than with producers from Asia,” Duda said in an interview with Polish website money.pl.

Poland announced two weeks ago that it had arrested a Chinese Huawei executive and a former Polish security official on spying allegations. Huawei has fired the man, who has denied wrongdoing.

The Polish national’s lawyer also told Reuters that his client is not guilty, nor is he a spy.

“We are working with the government and partners in Poland to convince the authorities that far from posing a threat to networks in the country, our technology will help improve connectivity,” Huawei said in a statement.

Huawei is playing a leading role as the telecoms world gears up for 5G, the next generation wireless technology that promises to link up everything from vehicles to household devices at far greater speeds.

But some Western countries have barred Huawei after U.S. officials briefed allies that Huawei is at the beck and call of the Chinese state, warning that its network equipment may contain “back doors” that could open them up to cyber espionage.

Two of the largest ongoing 5G trials in Poland—run by Orange and T-Mobile—are based on Huawei technology but that appears likely to change.

Last year, Poland’s state-run telecom operator Exatel suggested building a state consortium, saying it would be cheaper to put together and that the state would earn more from the network.

Telecoms industry sources confirmed that such an option is now more seriously under consideration. The decision follows the arrest of Huawei financial chief Meng Wanzhou in Canada on Dec. 1 at the request of the United States over alleged violations of U.S. sanctions on Iran.

“Poland’s alternative (to Huawei) is to build a state-owned company (or consortium) that would maintain 5G connectivity and using some sort of consortium they will pick partners,” said Tomasz Siemoniak, a former defense minister and current parliament member.