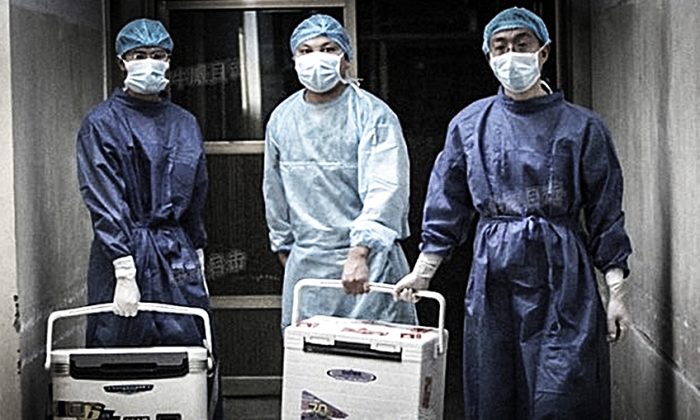 Doctors carrying organs for transplant surgery at a hospital in Henan Province on Aug. 16, 2012.(Screenshot/Sohu.com)
Australia

New laws designed to review questionable agreements with foreign entities should also cover the activities of hospitals, according to the Doctors Against Forced Organ Harvesting (DAFOH).

DAFOH warns that a current exemption in the draft laws could open the door for Australian hospitals to continue entering partnerships with overseas medical institutions linked to forced organ harvesting.

“It is important to note that China is the only country in the world where state-sanctioned, medical genocide has occurred unabated,” DAFOH’s submission read.

On Aug. 27, the federal government introduced new laws to give the foreign minister authority to review, and potentially veto, agreements between foreign entities and domestic government organisations. The Foreign Relations Bill will cover agreements entered by state and territory governments, local councils, and universities.

Experts believe controversial agreements signed with Beijing, including Victoria’s Belt and Road Initiative, sister-city arrangements, and Confucius Institutes, will come under the microscope, and likely be cancelled.

Commercial organisations and hospitals are currently exempt from the Bill’s reach.

“This exemption may have serious implications, such as Australian government-funded research facilities, hospitals, and state health departments, which have entered into arrangements with Chinese hospitals [being free from scrutiny],” the DAFOH statement read.

The organisation pointed to the case of two senior medical practitioners based at Sydney’s Westmead Hospital, who signed a “letter of intent” with the Third Xiangya Hospital of Central South University based in central China.

The president of Third Xiangya Hospital has previously boasted of the hospitals ability to perform 6 to 7 transplant surgeries per day. Arne Schwarz, an independent researcher into organ harvesting claims, declared: “How is this possible without a bank of still-living donors?”

Researchers—David Kilgour, David Matas, and Ethan Gutmann—have concluded that somewhere between 60,000 and 100,000 transplants are conducted in China annually. Their belief is many of these organs come from Falun Gong practitioners.

It noted that Guangdong has 17 hospitals listed as approved transplant centres and are considered high-risk locations where organ harvesting is known to occur.

DAFOH was nominated for a Nobel Peace Prize in 2016, and is a non-profit organisation focused on raising awareness on the unethical organ transplant industry.

The Foreign Relations Bill meanwhile, has been met with criticism and opposition from the university sector, who cite possible challenges to future collaboration with overseas partners.

Michael Shoebridge of the Australian Strategic Policy Institute, has refuted these concerns saying the new laws would have little bearing on partners in friendly jurisdictions.

“The law is designed to ensure that the direction of research partnerships aligns with Australia’s foreign policy and national security interests, and close research cooperation with such partners almost certainly does so,” he told The Epoch Times.

“There will almost certainly be current or future proposed research partnerships that do not align with Australia’s foreign policy interests … some no doubt being with Chinese institutions with close connections to the Chinese government’s military and internal security apparatus …” he said.

Beijing’s military is believed to play a significant role in organ harvesting in the country.