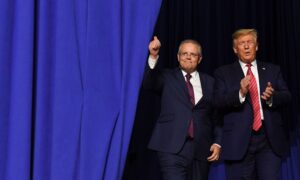 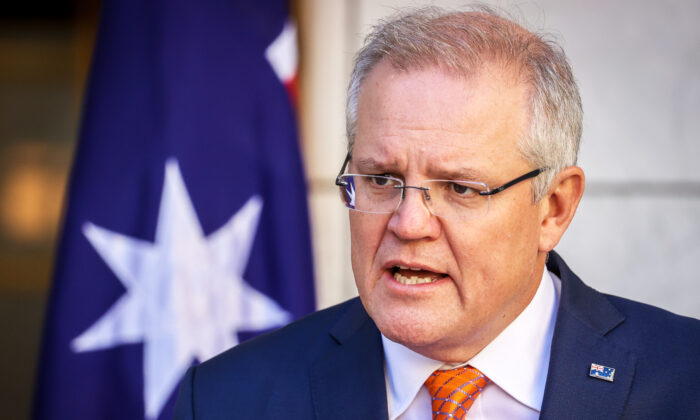 Belt and Road, Confucius Institutes Could Be Scrapped Under New Australian Law

Australia’s federal government will flex its constitutional muscle with new laws that will likely kill controversial arrangements made with Beijing by state and local governments, as well as universities.

Arrangements with Beijing-connected entities that will likely come under the microscope include the controversial Belt and Road Initiative in the state of Victoria; Confucius Institutes in Australian universities; academic partnerships with Chinese institutions; sister-city agreements with Chinese authorities; and even the Port of Darwin lease.

“It is vital that when it comes to Australia’s dealings with the rest of the world, we speak with one voice and work to one plan,” he told a press conference on Aug. 27.

The Foreign Relations Bill proposes that Foreign Minister Marise Payne will need to be notified by state or territory governments of an intention to negotiate with a foreign government entity.

She will have the authority to review, approve, or veto prospective and existing agreements between foreign governments and public Australian entities if they are inconsistent with foreign policy or are detrimental to relations with other countries.

Approvals can also be revoked later.

Foreign Minister Marise Payne said the changes would ensure all international agreements would be consistent with Australia’s values.

“What Australia is doing is ensuring that arrangements that are entered into by state and territory governments are in Australia’s national interests,” Payne told Channel Nine.

“Most importantly that we do our due diligence on those agreements and we ensure that they are consistent with our foreign policy approach,” she said.

The law draws on constitutional powers that give the federal government the authority to legislate on matters related to “foreign affairs.”

State and territory governments, local councils, and public universities will come under the purview of the law.

Local councils or universities do not need approval to negotiate but will need to notify the minister before striking a deal with foreign government entities.

The foreign minister will also have the power to terminate private contracts stemming from foreign deals, such as the Belt and Road Initiative signed by the Victorian state government.

State Premier Daniel Andrews has signed two Memorandums of Understanding with Beijing’s National Development and Reform Commission. The agreements however, have been engulfed in a wave of controversy, particularly this year as Canberra has consistently resisted pressure from Beijing.

Within six months of the new regime coming into place, states and other bodies covered will have to complete a stocktake of existing agreements for the Commonwealth to review.

There are over 135 agreements across 30 different countries to be examined.

A public register will be established to detail information about agreements and ministerial decisions.

The government is keen to pass the bill before the end of the year and will introduce legislation to federal parliament next week.

In recent weeks, security agencies briefed state and territory governments on implications for agreements that would be covered.

Federal Opposition Leader Anthony Albanese supports the legislation in principle but wants to see the details.

“The national government should be in charge of our foreign policy,” he told Triple M Hobart on Aug. 27.

“And one of the things that it should seek to do at all times is to protect Australia’s national interest,” he said.