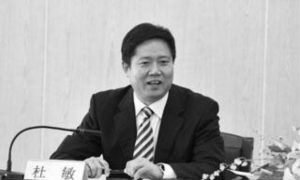 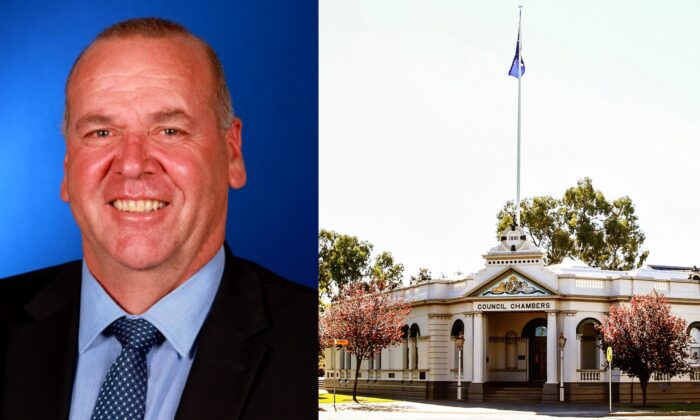 The embattled Australian city councillor who moved to end Wagga Wagga’s sister city relationship with China has faced accusations of being racist, but also received encouragement from councillors of other regions, and from Chinese Australians.

Councillor Paul Funnell also received threats after he spearheaded the motion (pdf) on April 14 that sought to terminate a sister-city relationship with Kunming in Yunnan province, China.

While copping vitriol and slurs like “racist pig,” he said he took no offence to fiery disagreement, which he described as a typical cop-out.

“But ask me what I said because there’s no mention of race in my debate or document that I sent together with the report,” he told The Epoch Times on April 18.

Funnel said he has received amazing support from the city councillors of other regions and even from Chinese Australians.

On April 14, a motion was passed by the city of Wagga Wagga to terminate its 32-year-old sister city relationship with Kunming, in China’s Yunnan province. It also included two other friendship cities; Tieling, in Liaoning province; and Rugao, in Jiangsu province.

In the motion, Funnell said, “We must take a stance, there is no right way to do the wrong thing. Council must do the right thing and take a stance to demonstrate its rejection of the corrupt Chinese government that has caused such death, destruction, and turmoil across the World.”

“If we don’t sever ties with the aforementioned anti-democratic organisations, we are giving tacit approval to the PRC [People’s Republic of China] regime that what they are doing is alright, just by our ongoing relationship.”

The motion was passed by a deciding vote after three councillors voted each way.

Koschel used his deciding vote to pass the motion. Of the three who were not present, two declared a conflict of interest, and Mayor Greg Conkey was ill.

“Councillor Pascoe, a former Mayor of Wagga, left the chamber because he said he’s travelled to Kunming as Mayor, and when he got there everything was paid for by the governing body of Kunming,” Funnell said, adding that he felt that was a pecuniary interest and therefore left the chamber and didn’t vote.

The next day Koschel—the councillor who cast the deciding vote—backflipped on his decision and apologised to Kunming municipality for passing the motion.

Mayor Greg Conkey issued a statement saying that he immediately put forward a rescission motion to be considered at the next council meeting, which is scheduled for April 22.

Deputy Prime Minister and Member for Riverina, Michael McCormack, and the Chinese Consulate General in Sydney have also called for the decision to be reversed.

McCormack said that China is the region’s largest trading partner and that the sister city relationship should continue, reported the Australian Broadcasting Corporation (ABC).

Funnel said he respected concerns that there might be fallout from the decision, including a potential loss of trade.

“My simple answer to that: what about the fallout, and the deaths, and the mayhem, the destruction, that has come about through the world?” he said.

In fact, Australia is currently suffering its highest unemployment rate in 26 years as a result of the economic downturn caused by the CCP (Chinese Communist Party) virus, commonly known as novel coronavirus—which the Chinese regime covered up.

It is expected that 1.7 million jobs will be lost in the June quarter. More than 800,000 businesses have already registered for the federal government’s Jobkeeper program to help them stay afloat until the crisis is over.

In response to the motion, the Chinese Consulate-General in Sydney published a letter on April 16 urging Wagga Wagga City Council to “effectively restrain the words and deeds of individual city councillors so as not to cause further negative impact on the overall cooperation between the two sides.”

Funnell said the Chinese regime’s pressure to silence him proves that Australia has a problem.

“We should be able to have in our democracy without fear nor favour, … freedom of speech, and opinion, and thought. But this week proves that you’re not allowed,” he said.

According to emails viewed by The Epoch Times, comments ranging from support to abuse—and the threat of legal action—have been directed to Funnell.

“It is typical of people who don’t either want to face reality or have nothing to offer, to actually engage or to debate the issue,” he said.

However, Funnell has also received overwhelming support and thanks from the community and from 10 councillors from other cities and regions.

“They have said that this is great, it gives them inspiration to think about doing a similar thing,” he said.

Some of his supporters wanted to remain anonymous out of fear that they too would cop vitriol and abuse. Funnel described this as normal for many Australians.

“They’re asking me to remain strong, which is really encouraging,” he said.

When asked what motivated him to put forward this motion, Funnell said that people tolerate things up to a point when they’ve had enough. “It was the coronavirus that finally triggered that point,” he said.

In the motion, Funnell said that the Chinese regime lied about the outbreak of the CCP virus—until it was too late. The CCP virus subsequently “brought death and destruction across the world.”

According to internal documents obtained by The Epoch Times, Chinese officials worked to cover-up the true nature of the CCP virus for months before it spread around the world, becoming a pandemic.

In fact, the CCP virus broke out in the central Chinese city of Wuhan around November 2019, before spreading across China and the world. The World Health Organisation has said that Chinese authorities first informed it about the outbreak on Dec. 31, 2019. At that stage, the spread could have been contained, but the WHO did not convey any of its information to the world that day.

Now, there are some 2 million confirmed cases of people with the COVID-19 disease, and almost 130,000 deaths have since been attributed to it worldwide. In Australia, there are over 6,600 confirmed cases with more than half having recovered, and 70 deaths (as of April 20).

“I don’t want to be in a relationship—formal relationship—with a country that covered up, allowed, and I would say [intentionally] allowed this pandemic,” said Funnel.

“We’re in a relationship with the extension of the communist regime,” said Funnel. “And I just felt enough’s enough.”

Update: On April 22, the council of nine voted to overturn the decision 6-1. Two councillors did not vote citing a conflict of interest.