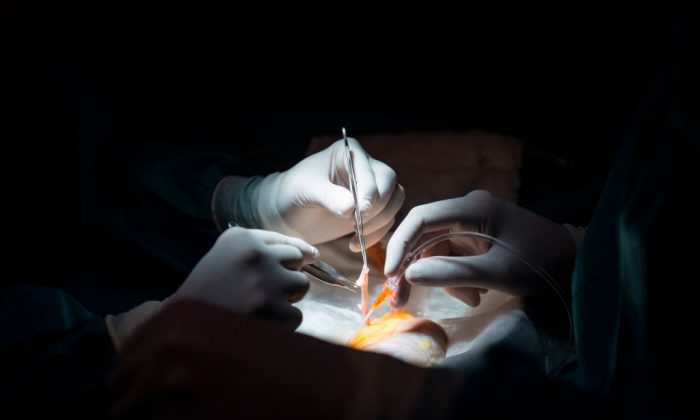 A California resident said his relative in China was involved in state-sanctioned forced organ harvesting and asked him for patient referrals in the United States, according to a recent human rights report.

Lu Shuheng, a U.S. permanent resident originally from Shanghai who is more than 70 years old, shared his full name in making the revelation in October 2016 to the nonprofit World Organization to Investigate the Persecution of Falun Gong (WOIPFG). The New York-based human rights group didn’t release the interview details for four years, out of concern for Lu’s safety.

Zhou Qing, who is the older sister of Lu’s sister-in-law, worked as the director of the Shanghai Wanping Hospital in Xuhui district, according to Lu. During a trip to China in 2002, Lu recalled that Zhou—upon learning that he knew many doctors through his home renovation business in the United States—asked if he could connect her with anyone who needed an organ transplant, especially a cornea, kidney, or liver.

Lu said that when he, Zhou, and her husband were sitting together once, “her husband told me in person that she went to a military hospital to do [organ transplant surgery].”

“He also said that it’s quick money and the sum is quite large,” Lu told WOIPFG.

“He said, ‘You should get people over from outside,’ and that ‘this is in really good quality, all fresh and alive.’”

While the word “alive” puzzled Lu at the time, he began to piece the information together over the years, as he heard more about “live organ harvesting” in the media.

The information provided by Lu adds to a growing body of evidence that points to a massive “on-demand” organ industry, where prisoners of conscience, such as practitioners of the faith group Falun Gong, are killed for their organs, which are sold for profit for use in transplant surgery.

Adherents of Falun Gong have been a target of severe persecution since 1999, when the Chinese Communist Party mobilized its entire security apparatus to eradicate the discipline. Millions of adherents were arrested and thrown into labor camps, prisons, psychiatric wards, and other detention facilities.

In 2019, a London-based people’s tribunal concluded, following a year-long investigation, that there was clear evidence of forced organ harvesting having taken place “on a significant scale” and that imprisoned Falun Gong practitioners were likely “the principal source.”

“She said that she was having nightmares for doing this,” Lu said. He prodded his sister-in-law, Zhou Yu, to reveal more details about what she knew of her sister’s work. She relayed that when Zhou Qing did the surgeries, people who weren’t sedated “would scream with all their might in sheer agony.”

“She said anesthesia cannot be used in every place, and the area where [the organ] is needed cannot be anesthetized. The fresher and the less anesthetized, the better. The quality is guaranteed, you can rest assured,” he recalled. The victims “kept saying ‘Falun Dafa Hao’” when they were brought in for the organ harvesting, the sister-in-law told him. The phrase “Falun Dafa Hao” is often said by practitioners as an affirmation of their faith as they face persecution. It translates to “Falun Dafa is good.”

A total of three to five people, including armed police and military doctors, were usually present in the operating rooms.

The job came with an emotional toll, Lu said. “She said that money is not that easy to make,” he recalled, adding that Zhou Yu repeatedly told him not to ever mention that to others.

Lu’s account is eerily similar to information from whistleblowers such as Annie and Peter, who first approached The Epoch Times in 2006 with information about organ harvesting in China, drawing international attention to the issue.

Annie, whose ex-husband was a neurosurgeon in Liaoning Province in northeastern China, said her husband had removed corneas from Falun Gong practitioners who were alive during surgery. The victims’ bodies were then thrown into incinerators after the surgeries, she said.

In 2009, a man who was working at the police bureau in Liaoning at the time recounted in vivid detail how he had witnessed two military surgeons cut open a middle-aged Falun Gong practitioner while she was fully conscious to extract her organs.

While China claims that it’s been sourcing all organs through voluntary donations since 2015, WOIPFG, in a 2015–2020 investigation, received confirmation from doctors, including some in Shanghai, that they had used Falun Gong practitioners’ organs in transplant surgeries.

Eight doctors from various Shanghai hospitals promised during phone calls short waiting times, from “immediate” to “one to two months.” While Shanghai received a total of 400 legal organ donations from August 2013 to August 2017, according to official data, the city’s Renji Hospital alone boasted that it conducted more than 800 liver transplant surgeries in 2017, which Chinese media hailed as “the world’s highest annual liver transplant record for one institution.”

In Shanghai’s Pudong area, about a dozen practitioners recently reported that police officers had come to their homes and forcibly entered to draw samples of their blood, at times threatening arrest if they didn’t cooperate. Experts have said the blood samples could potentially be used for organ matching.

Correction: A previous version of this article misspelled the name of Lu Shuheng. The Epoch Times regrets the error.