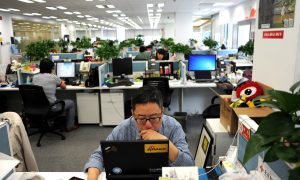 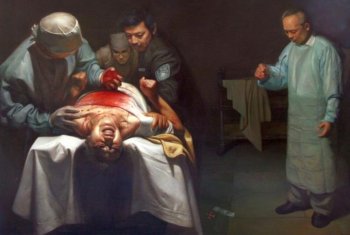 An eyewitness has recounted in vivid detail the story of a woman in China—a high school teacher in her 30s—who was detained, tortured, raped, and finally operated on to extract her organs while she was still alive.

“I have witnessed all these with my own eyes, but I regret that I didn’t take any photos,” he said, speaking on condition of anonymity.

A 30-minute interview, in two separate conversations, was carried out by an investigator from the World Organization to Investigate the Persecution of Falun Gong (WOIPFG), and a recording is available on its Web site.

The events took place in 2002, but investigators located the policeman only this month.

According to the interview transcript, the witness worked for the public security system of Liaoning Province in 2002 and he himself had participated in torturing and interrogating Falun Gong practitioners “many times.”

On April 9, 2002, two military surgeons came to the makeshift “black jail,” a small hotel rented as a “training center,” according to the witness. One of the military surgeons was from the General Hospital of Shenyang Military Region of the People’s Liberation Army (PLA), and the other one was a graduate of the Second Military Medical University, he said. They took the woman to a hospital.

“At that time, we had been interrogating and severely torturing her for about a week,” he said. “She already had countless wounds on her body. Also, [we] used electrical batons to beat her. She had already become delirious.”

“Prior to this, she suffered even greater humiliation,” he said. “Many of our policemen were perverted. They were using pincers and other equipment that I don’t know from where they got them to molest her. … She had some good looks, relatively beautiful, [so the policemen] were raping her. … This was far too common.”

The policeman said he was on armed guard duty in the room while he watched the surgeons cut the woman’s chest open while she was still alive. No anesthetics were used, he said.

“They cut her chest with a knife,” he said. “She shouted ‘Ah’ loudly, saying ‘Falun Dafa is great.'”

“She said, ‘You killed me, one individual.’

“At that moment, that doctor, that military surgeon, hesitated. Then he looked at me, then at our [policemen’s] superior. Then our superior nodded, and he continued to do the veins. … [Her] heart was carved out first, next were the kidneys. When her cardiac veins were cut by the scissors, she started twitching. It was extremely horrible. I can imitate her voice for you, although I couldn’t imitate it well. It sounded like something was being ripped apart, and then she continued ‘Ah.’ After that, she always had her mouth wide open, with both her eyes open wide. Ah … I don’t want to continue.”

The organ harvesting took place in an operating room on the 15th floor of the General Hospital of Shenyang Military Region, the witness said. It began at 5 p.m. and lasted 3 hours.

The spokesperson for WOIPFG in New York, Mr. Wang Zhiyuan, said investigators called the witness three times this month, and they obtained the recording on Dec. 11. Wang said he believed the witness came forward for two reasons: “One, the practitioner’s great compassion and great forbearance shocked him,” he said. “Secondly, he eye-witnessed the whole process of organ harvesting and the cruelty shocked him. He felt tortured inside.”

According to Wang, the witness said in the interrogations of practitioners that he took part in the police were asking two things, to sign a letter repenting having practiced Falun Gong and to curse Falun Gong. But the practitioners would not do that.

Wang said the witness told investigators that he feared he would be murdered immediately if his identity were discovered. The witness said he confessed so that other people would have the courage to step forward and tell the truth about organ harvesting.

The Epoch Times‘s first stories on organ harvesting from living Falun Gong practitioners relied on detailed accounts brought out of China by a journalist and the wife of a surgeon who had performed these operations. Their reports were initially corroborated with calls made by WOIPFG to doctors in China who claimed to have organs from Falun Gong practitioners available for transplantation, among other pieces of evidence.

Canadian investigators David Kilgour and David Matas, a former Crown Prosecutor and a human rights lawyer, respectively, published a report, “Bloody Harvest,” in July 2006 on the allegations that organs were being harvested from living Falun Gong practitioners. They published a revised and expanded report in January 2007, and a book, Bloody Harvest: Organ Harvesting of Falun Gong Practitioners in China, in October 2009.

In their report, Kilgour and Matas examined 33 different factors in determining that the allegations of organ harvesting from Falun Gong practitioners are true.

The report cites 41,500 unexplained organ transplants from 2000 to 2005—the 6-year period since the persecution of Falun Gong began in 1999—that do not come from convicted, executed prisoners, or the brain-dead, or family donors. They draw the conclusion that the most likely source of these organs has been Falun Gong practitioners detained in China.

The examinations targeted the health of their organs and little else, and often included multiple blood and urine tests given to healthy prisoners. Gutmann’s investigation included evidence from Shenyang, the city the witness refers to as a center of organ harvesting activity.

In a statement described by observers as unusually direct for a U.N. body, the United Nations Committee on Torture in November 2008 called on the Chinese state to commission an independent investigation of the reports, and “ensure that those responsible for such abuses are prosecuted and punished.”

Falun Gong is a traditional Chinese spiritual practice that was estimated to have attracted 100 million adherents in China by 1999, with practitioners typically claiming improvements in their health, character, and sense of well being. The Chinese Communist Party regime began persecuting Falun Gong in July 1999. The Falun Dafa Information Center estimates that hundreds of thousands of practitioners have been held in labor camps and over 3,000 practitioners are said to be confirmed as having died from torture.

For a partial transcript of the testimony, continue to the next page …