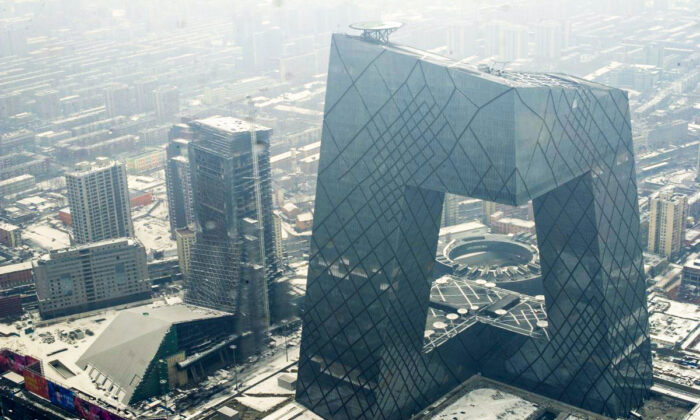 CGTN, the global arm for China’s state-run broadcaster CCTV, has paid $4.35 million since July 2019 to WCRW, a daytime radio station covering Washington, Virginia, and Maryland, to broadcast its content for 12 hours each day.

Little known to the listeners is that Beijing controls much of what goes on air. An agreement signed this past July—and revealed in a filing with the Justice Department last week—bars the radio station from altering or shortening CGTN’s program content or inserting advertisements without express permission from the Chinese broadcaster. The contract is between WCRW and the International Communication Planning Bureau, a body ultimately overseen by the Chinese regime’s Propaganda Department.

Under the deal, the bureau receives quarterly performance data from the radio network’s owner, Virginia-based Potomac Radio Group, according to the filing, first reported by the Washington Free Beacon. Such reports include audience feedback and “evaluation from international organizations,” which the contract didn’t specify. The bureau can also appoint a third party to monitor the broadcast effects and conduct evaluations on a periodic basis.

WCRW’s website states that it has broadcast China Radio International, another major state-run Chinese international radio broadcaster, from Washington since 1992.

In 2019, Potomac Radio Group took over WCRW and a Spanish radio station from its former owner New World Radio Group, and “decided to continue the legacy programming on both radio stations,” Brian Lane, the company’s chief financial officer, told The Epoch Times.

“We are not agents of the Chinese government. They are our customer. Just as a rental agency could lease cars or apartments to foreign governments, we lease air time,” said Lane. In 2015, the radio station’s former owner had a meeting with the Department of Justice about whether they should file disclosures, according to Lane.

“The Department did not require registration and we relied on that guidance when we purchased the two stations from them,” Lane said, adding that they decided to register in December as the “Department views have evolved in the last year.”

Potomac has since sold the Spanish station. The company is now considering selling WCRW and “getting out of the radio business completely,” Lane said.

The New World Radio Group did not respond to The Epoch Times’ request for comments.

China Daily, an English-language Chinese state-owned newspaper, paid millions of dollars in 2021 to major Western media outlets, such as Foreign Policy and Financial Times, to disseminate its content. The Chinese consulate has also recently entered into a contract to hire dozens of social media influencers through an intermediary company in New Jersey, as part of a marketing blitz through March to promote Beijing’s upcoming Winter Olympic Games.

CGTN has suffered a string of setbacks in multiple countries in recent years.

UK officials revoked the television outlet’s broadcast license in the UK in February, saying that the license was held by an entity that has no editorial control over the programs it shows. The British broadcast regulator later handed CGTN two fines totaling roughly $273,000 for two programs that contained forced confessions.

The Chinese broadcaster has recently stirred controversy by releasing an email attributed to Peng Shuai, the Chinese tennis player whose safety had been questioned since she made a sexual assault claim against a former high-ranking Chinese official.

The email, released on Twitter, shows Peng purportedly recanting the allegations, claiming: “I’ve just been resting at home and everything is fine,” although many observers have questioned its authenticity, pointing to a typing cursor in the email screenshot.

At the time, Peng had disappeared from public view following the allegations, stirring international concern for her safety. In response, CGTN and other Chinese state-run media released videos and statements purporting that the tennis star was doing fine, only to fuel even more concern.

Peng has since made public appearances. In a Dec. 19 interview with a pro-Beijing Singaporean media outlet, she walked back her claims, but worries about her safety haven’t diminished.

The story has been updated with a response from Potomac Radio Group.