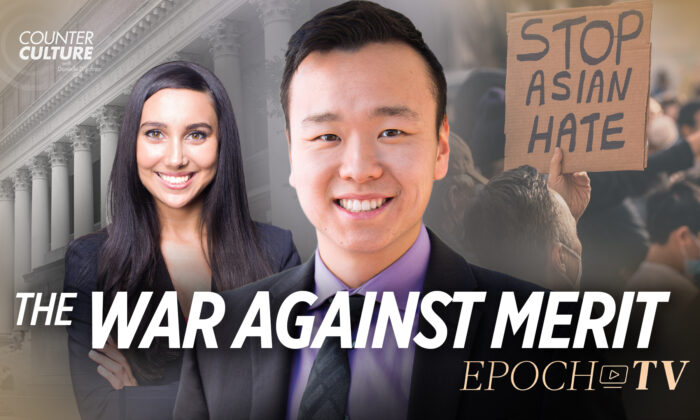 Merit Based Recognition: Becoming a Thing of the Past?

In this video, The War Against Merit, racial inequality is explored, especially in the context of recognition and advancement in the fields of education and industry being based on race instead of merit. Author, commentator, and host, Danielle D’Souza Gill discusses the topic of Asian American racial discrimination. She addresses the topics of college admissions, affirmative action, and race-based discrimination in today’s tech companies.

The first issue, affirmative action in college admissions addresses the practice of reserving a certain number of seats based on race. Ms. Gill says that regardless of grades or test scores, students are admitted simply based on their race. The standards are different for each group. In a study of student admissions, Asians scored higher on test scores but lower on personality assessments. Harvard, for example, clearly showed discrimination when it scored Asians lower on personality traits than other groups. The host explains that Harvard does this because it wants to reduce the number of Asian students admitted to the school. Harvard invented this personality category so they could score Asians lower in that category putting them at a disadvantage against groups that were scored higher in personality traits. Basically, the bar is set much higher for Asians than other groups, which is unfair. The host also points out that no leftists have stepped up to protest these racist practices. She makes a great statement by pointing out that diversity of race does not necessarily mean diversity of thought because everyone has their own way of thinking individually.

Institutions that claim affirmative action helps to promote diverse thinking are being misleading. Even some government agencies are guilty of misrepresentation of diversity just to boost their public image. This backfired on the NSA, which photoshopped a stock photo for use on the front of their Annual Demographic Report, according to the New York Post. The altered photo included the addition of people of different races and genders as well as two disabled individuals. The agency was called on the carpet for its dishonesty when the original photo surfaced and was compared with the altered photo. As the host of this video states, “True diversity is diversity of thought, not just diversity of skin color.” Truer words were never spoken.

The next example that the host tackles is that of racial discrimination in tech jobs. Asians typically perform well in the tech industry. Since companies have become more reliant on affirmative action practices, Asians are often not chosen for positions even though they are more qualified. Now companies earmark a certain number of those jobs for other races. So, this means that the person who is most qualified for the job is not always the one chosen for it. Information that was made public about Facebook showed statistics on its tech positions. The report showed that in 2020, Asians made up 44.5 percent of the company workforce and 53 percent of those roles were considered tech jobs. However, Asians only made up 25 percent of what are considered leadership roles. Only 50 percent of Asians who start with the company advance to higher positions. The report also showed that 63 percent of Caucasians working for the company were in leadership roles. So, Facebook which is a leftist company claims to be in support of racial diversity, but they do not practice what they preach when it comes to the Asian race. They are happy to put Asians in technical roles but are hesitant to promote them to leadership roles.

Ms. Gill raises the question of why we cannot celebrate employees’ accomplishments regardless of skin color? This is happening with other racial groups as well. For example, Caucasians are sometimes looked over for certain positions because of the perception of white privilege, which is simply not true. Leftists are twisting the meaning of discrimination in the name of civil rights. The Civil Rights Movement was started so that all individuals would have equal rights and equal opportunities regardless of race. This means that not only should a person not be held back because they are in a minority group, that person should also not be held back because they are not in a minority group. Leftists are ignoring the fact that it works both ways.

The host also shows us examples of how racial representation is used in the advertising industry. Most ads depict white people, African Americans, and Hispanic Americans all together. It is more rare to see Asians shown in ads. These days, Caucasians who represent the majority of the population are shown less than African Americans, who make up less of the population. This points to the fact that advertising often does not reflect a true picture of racial percentages in the country. It suggests that by featuring a group of minorities then all minorities are represented and supported.

Discrimination in the Name of Diversity

The host is joined by commentator, activist, Kenny Xu who wrote, “An Inconvenient Minority.” Mr. Xu became aware of the issue when he began applying to colleges and realized that certain schools were biased against Asians. He then realized that it was everywhere, not only in schools but also in business and government. He states, “I realized if someone doesn’t speak out about this, Asian Americans are not just going to be suppressed in admissions to Harvard, they will be suppressed everywhere in America.” Xu goes on to explain how the diversity vs. merit principle works. For example, if Harvard has a class and they want to add more diversity, that means that some students will be added to the class based solely on their race. Other students who are more qualified will be denied to make room for the “diverse” students.

Harvard made a claim on their admissions report that they are biased against Asians, reasoning that if they did not discriminate, Asians would represent 43 percent of the student body instead of the current 18 percent. They rationalized that in order to be diverse, discrimination was necessary. A group of Asian students filed a lawsuit. It went to the district court which ruled in favor of Harvard. However, the students are appealing the case and it is now being reviewed by the Supreme Court.

Mr. Xu makes a very critical point that if these institutions are allowed to get away with this, then the standards of excellence that our country was founded on will be in dire jeopardy. That is why Mr. Xu and others like him continue the fight against discrimination. We need a society where individuals are recognized and rewarded for their hard work and not just their race. Mr. Xu states, “True healing can only come when we stop fixating on race and start conforming to the American ideals of meritocracy and color blindness.” The only way we can do this is to hold each other and our communities accountable to each other.

Counterculture premier every Sunday at 7 p.m.—exclusive on EpochTV.