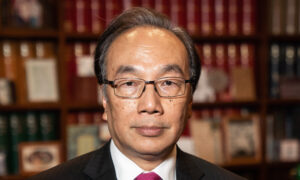 What is it like reporting and live-streaming on the frontlines of the Hong Kong protests?

In the eyes of longtime war correspondent Michael Yon, what are the parallels between Hong Kong and Poland in the 1980s? How is this an existential threat to the Chinese communist regime?

And what compelled Hong Konger Eric Fok, who was previously working as a translator, to decide to endanger himself and start video-recording on the frontlines of the protests?

In this episode, we’ll sit down with Michael Yon, who has spent years embedded with American and British troops writing extensively on the Iraq and Afghanistan wars, and videographer Eric Fok, who has been working with Michael to document the protests. This is part of our “Voices of Hong Kong” special series.