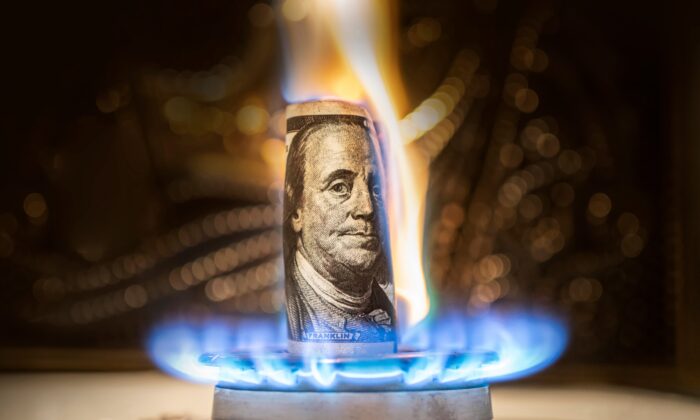 Kiss of Death for the Economy

To me, it sounded more like desperation than rational thinking. Shanghai and much of China’s eastern industry and port facilities had been ruthlessly shut down thanks to the draconian, frankly evil policies of the communist regime. From an economics perspective, freight rates and shipping prices should have already surged, another bottleneck imposed upon global supply.

Shipping firms tried to convince, themselves, I guess, that there’d be a reopening boom-let. Once Madman Xi was satisfied as to whatever standard he’d been arbitrarily using to justify the lockdown had been met, the figurative gates to Shanghai’s high finance and China’s massive harbors would be flung back open and then the flurry of goods would begin anew.

For several weeks, global freight companies held out hope that this summer’s peak hitting right around now would actually peak, boosted by whatever had been held back during the spring’s political interference; a double-rush of demand on top of the much-delayed supply.

It just hasn’t happened. Container rates, the bane behind many costly price increases everywhere, have collapsed and continued to collapse. According to the Freightos Baltic Index which tracks container rates, the price being charged for standard containers on the all-important China/East Asia to U.S. West Coast route has been sinking (pardon the pun) without pause even as the Chinese have reopened.

Having reached $20,000 per container last October, the fee had been rebounding steadily for the first few months of this year after an initial drop from that high. In late February, as oil and gasoline prices surged, containers went freefall. As of the last quote, the route price dipped under $9,000 for the first time in almost a year.

Why? The latest publication from Freightos explains: “There were more signs this week of inventory surpluses and a resulting slowing in orders by major retailers suggesting a decrease in demand—at least for certain goods—as consumers shift spending to services or to the inflated costs of necessities, or both.”

It could only have been a “decrease in demand.”

That was why container prices were declining while Chinese facilities and production were shanghaied by Xi. The supply fundamentals are as favorable—to shippers, not consumers—as they’ve been; bottlenecks aplenty.

Alarming enough as it is to spot such a dramatic reversal in spot container prices, this demand-must-be-different-now awareness has spread across the financial world. Commodity prices, particularly those for industrial commodities, have coincidentally crashed.

Aluminum had been the star of the space, once rocketing up on a seemingly-unstoppable forty-five-degree ascent to the moon, production woes underlying the presumed forever-boom. That is, until early March. Since then, the price has crumpled by more than 35 percent to trade around $2,500 per metric ton for the first time since last July … and there’s no sign of a bottom yet.

Dr. Copper as it is often referred to by seasoned investment professionals, this one is a top-of-line macro indicator, another key industrial metal that still today is plagued by its own difficult supply imbalances. Those haven’t been resolved, not anywhere close, yet like aluminum, the spot price of copper peaked in early March and has dropped by 20 percent since.

Trading below $4 per pound for the first time since March 2021, it’s another to indicate a decidedly unfavorable turn for demand prospects.

Demand globally. This isn’t an American fear or a Chinese setback, it is an America-China-Europe-Japan-Everywhere-In-Between recession look.

It is exactly the scenario that has been priced into the bond markets for quite some time going back to the middle of last year. The yield curve had been flattening since last May, particularly past October. The Treasury curve inverted also in March.

Like Treasuries, the eurodollar futures curve had first flattened and then on Dec. 1 had been the first to invert.

Inversion was the way for this deep, sophisticated market to price a growing chance the Fed’s looming rate hikes wouldn’t last as long as the rate hikers were thinking at the time. Over the months since, the divergence between market and Fed has grown to unsustainable proportions; a case of either/or.

On the one side, Fed Chairman Powell clearly made his inflation case for the most aggressive policy action (rate hikes) in almost three decades.

Yet, at the same time, inversion in eurodollar futures has only moved further toward the front end of the curve, just recently overturning the December 2022 contract compared to all those further down from it. Inversion has now reached this year’s maturities, well into the white pack.

This is an unmistakable sign of near total conviction in the marketplace that the Fed is wrong, recession not inflation the world’s biggest risk. Even more than that, creeping inversion is also an expectation that those at the Fed will have to admit they’re wrong (with rate cuts) much sooner. Almost certainly this year.

In fact, none other than the Federal Reserve’s New York branch recently updated some of its projections (using standard econometric DSGE stochastic models) and came to much the same conclusion. The first takeaway from the update is that even these standard, mainstream regressions have picked up “something” big has changed since March.

Its economic growth projections for the United States have been downgraded substantially since, to the point that these today find recession more likely than not.

The market(s) has moved on from “if” to now “when,” while also beginning to more thoroughly consider “how bad.” That, not inflation, will be the Big Question we need to answer going forward from here.

While the interpretation and implications of all these clearcut, straightforward signals are consistent with one another, this is far from an exhaustive list of those in the same camp. From interest rate swaps to macroeconomic data in the United States and outside, particularly beleaguered China, recession risk isn’t just high across the world, it has already become the base if not best case.

Punctuating that fact, transparently panicky official denials have been haphazardly flung into every corner of the media from all across officialdom: Jay Powell at the last FOMC press conference said he’s not worried about any slowdown; Treasury Secretary (and former Fed Chairman) Janet Yellen several times rejected the very idea of downturn; even President Joe Biden just the other day claiming “there’s nothing inevitable about a recession.”

The proverbial kiss of death for the world’s economy.

Is it too late? Nothing is ever too late, but, yeah. The writing isn’t just on the wall, it’s priced everywhere, into almost everything already, and therefore shortly will find its way into consumer prices, too. If only this was good news.