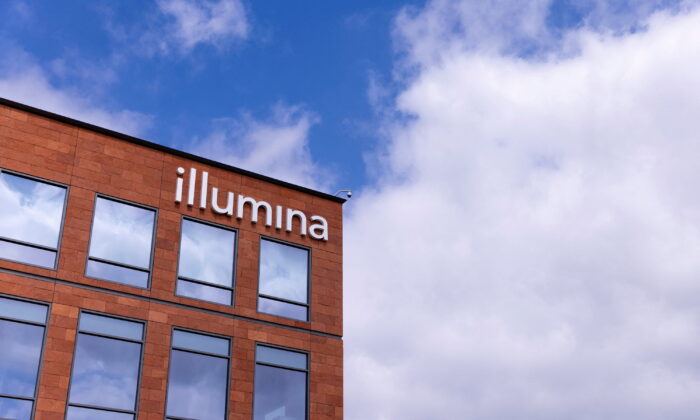 A building on the campus at the world headquarters of Illumina in San Diego, on Sept. 1, 2021. (Mike Blake/Reuters)
Companies

Illumina Will Have to Divest Grail After EU Blocks Takeover

BRUSSELS—U.S. life sciences firm Illumina will have to divest biotechnology company Grail after an EU veto of the $7.1 billion acquisition over concerns it would hurt competition and stifle innovation.

The European Commission, which acts as the competition enforcer in the 27-country bloc, said on Tuesday that Illumina’s remedies did not adequately address its concerns.

Illumina completed the deal in August last year ahead of EU regulatory approval, resulting in an EU order to keep Grail separate and appoint independent managers to run the company until the investigation’s conclusion.

“Our in depth investigation confirmed our initial concerns. It showed that Illumina holding a dominant position in NGS systems would have both the ability and the incentive to obstruct rivals,” EU antitrust chief Margrethe Vestager told a news conference, referring to next generation sequencing (NGS).

“Our investigation showed that the proposed remedies would not have been effective in practice, and they would be very easy to circumvent. The remedies offered, they were so complex that it would be hard for market participants and for the Commission to monitor and to enforce immunize compliance,” she said.

Vestager said she would issue a separate decision in due course ordering Illumina to dissolve the deal and restore Grail’s independence.

Illumina said it would challenge the EU veto outlined in a document of more than 600 pages.

“To prepare for the anticipated divestment order from the European Commission in the coming months, the company will begin reviewing strategic alternatives for Grail in the event the divestiture is not stayed pending Illumina’s appeal,” it said in a statement.

The EU watchdog said Illumina offered to give a license for its NGS patents to some NGS suppliers, with provisions in agreements valid until 2033. It also offered a three-year patent truce with Chinese rival BGI Genomics.

Illumina scored a victory last week when a U.S. administrative judge backed its challenge against a lawsuit by the Federal Trade Commission (FTC) against the deal. The FTC has said it will appeal.

Separately, Illumina faces an EU fine of as much as 10 percent of its annual global turnover for jumping the gun and has set aside $453 million for this. Vestager criticized the company, saying it has created a troublesome situation.

The deal would have given Illumina access to Grail’s flagship Galleri blood test used to diagnose cancers at early stages when the disease is easier to treat.