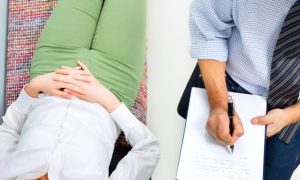 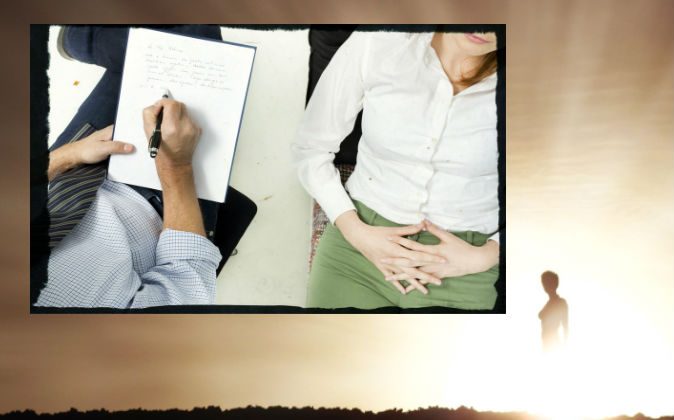 Whether someone is crazy or not can be officially determined by a manual widely used to diagnose mental illness. This psychiatrists’ “Bible” has been the subject of much debate over the years, and long before it was written philosophers pondered the how to differentiate truth from delusion.

If psychologists were to all take the extreme materialist perspective and label any belief in a spiritual side of existence as delusion, Christians, Jews, Muslims, and Buddhists alike could all be considered mentally ill. Few would argue that all people with spiritual beliefs are seriously mentally ill. But what about a believer who says he has directly perceived this spiritual realm? What about someone who says she has spoken to celestial beings?

A psychologist who believes in the spiritual may be less likely to diagnose such people as mentally ill. A strict materialist, however, may say these experiences are hallucinations and signs of severe mental illness.

The manual used to diagnose mental illnesses, the Diagnostic and Statistical Manual of Mental Disorders (referred to as the DSM) includes the category “Religious or Spiritual Problem.” The description in the 2013 DSM-V reads: “Examples include distressing experiences that involve loss or questioning of faith, problems associated with conversion to a new faith, or questioning of spiritual values that may not necessarily be related to an organized church or religious institution.”

A ‘Watered Down’ Category

The inclusion of this category in 1994 was the result of efforts by Dr. Robert Turner and Dr. Francis Liu at the University of California–San Francisco. Their success was, however, incomplete. They wanted to see a broader category called “spiritual emergence” in the DSM.

Spiritual emergence was defined by psychiatrist Stanislav Grof and his wife, Christina, in their 1990 book “The Stormy Search for the Self”: “In the most general terms, spiritual emergence can be defined as the movement of an individual to a more expanded way of being that involves enhanced emotional and psychosomatic health, greater freedom of personal choices and a sense of deeper connection with other people, nature and the cosmos. An important part of this development is an increasing awareness of the spiritual dimension in one’s life and in the universal scheme of things … When spiritual emergence is very rapid and dramatic, however, this natural process can become a crisis and spiritual emergence becomes spiritual emergency.”

The Religious or Spiritual Problem category is a “much watered down category,” said psychologist Brian Sackett, Ph.D., in an email to Epoch Times. It is a V-code, he explained, and V-codes only describe issues that may affect diagnosis; they are not themselves diagnostic categories, he said.

“This is a small step in the right direction, but doesn’t provide clinicians nearly enough information that there are people experiencing spiritual emergence and to help mental health professionals differentiate this from other diagnostic categories that include psychotic thinking. The result is there are still many people being misdiagnosed and treated improperly,” he said.

This is a serious issue, Dr. Sackett said, because spiritual emergence patients are often diagnosed as schizophrenic or bipolar and inappropriately given treatment for those conditions.

Darlene B. Viggiano at Saybrook University in San Franciso has suggested it is possible to combine a spiritual emergence approach with psychopharmacology even when treating true cases of schizophrenia.

In 2010, Viggiano and her colleague Stanley Krippner analyzed the development and use of the spiritual emergence model developed by the Grofs.

“The model is rarely used outside of a small circle of transpersonal psychologists, and has made little apparent impact on mainstream psychology or psychiatry. It has made a small inroad into developmental psychology, however,” they wrote in their paper “The Grofs’ Model of Spiritual Emergency in Retrospect: Has It Stood the Test of Time?”

Viggiano and Krippner cited the work of Karen E. Trueheart, who co-directed the Spiritual Emergence Network in 2000 and trained students at the California Institute of Integral Studies to work with the spiritual emergence and emergency population. Using the Grofs’ model, combined with insights on spiritual emergence by Dr. David Lukoff at Saybrook University, Trueheart and her team were able, “to differentiate people who were in a growth process that could be supported without medicine or hospitalization and those who were not.”

“It helped us to discern their level of functioning and their internal capacity to hold the experience,” Trueheart said.

The medical establishment needs to catch up with the public demand for further recognition—and treatment—of spiritual emergence, said Viggiano and Krippner. They gauged public demand for information on the topic by analysing Internet searches.

They found that, as of 2010 when their research was published: “On the AltaVista advanced search engine, of 120,000 matches for the term ‘spiritual emergency,’ 109,000 are from within the last year alone. Additionally, the same term search produces 28 videos using the Google search engine. However, on PsycNET there are only 30 matches, with just 2 in the PubMed psychiatric literature, which may indicate that the scientific and medical communities are not keeping up with the public demand that is suggested by the Internet presence of such resources.”