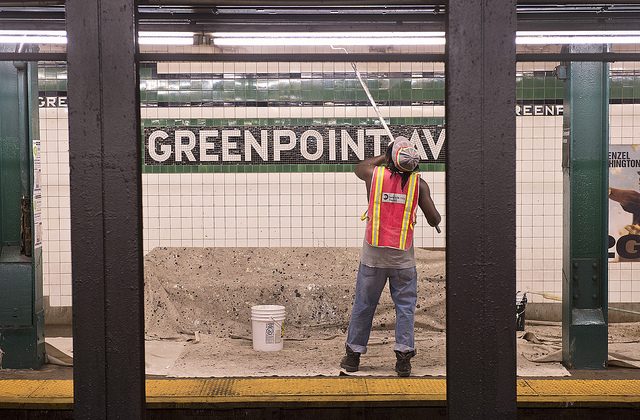 The G train between Brooklyn and Queens is back on track after five weeks of service outages for repairs.

WooHoo! The G Train is back and slower than EVER! pic.twitter.com/LLE6E6Oz4f

The Greenpoint Tube where the G train runs through was closed to repair damage caused by Superstorm Sandy. About 3 million gallons of salt water had flooded the tunnel, completely submerging tracks and equipment and corroding rails and power cables.

The Greenpoint tunnel was among the most damaged parts of the subway system after Sandy and picked for the Fix & Fortify resiliency project, funded by $3.8 billion from the Federal Transit Administration.

The intensive work required was not suited for weekend closures, the Metropolitan Transportation Authority had stated.

During the interim period, shuttle buses were offered along the path and gave riders a free transfer to the J and M lines. Riders Alliance recently banded with elected officials to urge MTA to keep those free transfers for riders.

But seriously, how did I commute to work without the G train for the past month? (Not sarcasm.)

Earlier this summer, MTA announced increased G train service. Train frequency was changed from once every 10 minutes to once every 8 minutes between 3 p.m. and 9 p.m. on weekdays.