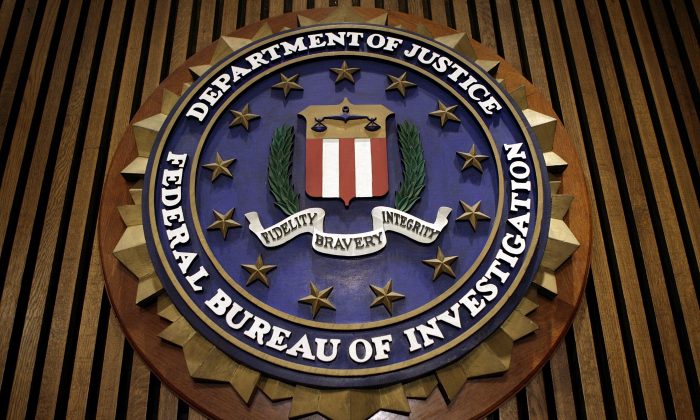 The seal of the F.B.I. hangs in the Flag Room at the bureau's headquaters in Washington, DC., on March 9, 2007. (Chip Somodevilla/Getty Images)
US

The FBI executed a raid on an international adoption agency on Tuesday morning in Ohio, according to reports.

“We do have activity going on there. The matter is sealed, and at this time I cannot provide any additional information,” a source told the station.

The adoption agency was debarred by the U.S. Department of State last month and accused of soliciting bribes and committing other crimes.

The home of the founder of the adoption agency was also raided by federal authorities, WKYC-TV reported. Officials would not elaborate on the raid other than saying they were “executing a warrant.”

The State Department alleged that the agency “failed to adequately supervise…preventing the sale, abduction, exploitation, or trafficking of children.”

They also failed to prevent the “solicitation of bribes; Fraudulently obtaining birth parent consent…” to get the children into the United States, the State Department said, according to WKYC.

In December, two notes were posted on the agency’s website, with one reading: “We do not feel the action is warranted and we are evaluating our appeal and the other options available to us.” The agency is making arrangements to transfer its adoption cases.

“EAC was given no prior information about the investigation conducted by the Department of State and no opportunity before the adverse action was taken to address the issues raised or the facts alleged,” a statement reads. “We dispute the accuracy of many of the facts reported, and the statements made by the Department of State in its notice to EAC.”