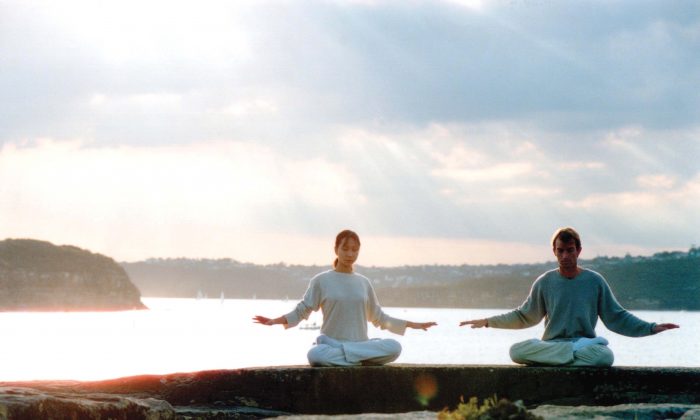 One of China’s best-kept secrets in the ’90s was Falun Gong. Whether you call it a meditation practice, a spiritual discipline, or a type of qigong, approximately 100 million people in China were doing it by mid-1999.

Yet even though 1 in 13 Chinese people was practicing Falun Gong, it was nearly unknown outside of China—until the Chinese Communist Party (CCP) banned it in July 1999 and instituted a far-reaching persecution campaign that continues today.

A key component of all the CCP’s persecution campaigns is flooding the airwaves, printing presses, and diplomatic channels with false propaganda. A major target of the anti-Falun Gong propaganda was foreign media, which had no other information source. Thus, the first and often only exposure to Falun Gong that many people outside China had was an intentionally distorted picture that was choreographed by CCP-controlled media and agents.

In other words, anything you learned before now about Falun Gong may be inaccurate.

Falun Gong refines, or cultivates, both the mind and the body, which makes it difficult for Western terminology to classify neatly. Is it a spiritual practice or is it physical exercises? The correct answer is “yes” since both are integral to Falun Gong.

There are five exercises in Falun Gong. Four are done standing, and one is a cross-legged meditation. Gentle and slow, they have names like “Falun Heavenly Circulation” and “Penetrating the Two Cosmic Extremes.” People often report feeling refreshed or energized after exercising.

As for its teachings, Falun Gong considers the fundamental principle of the universe to be “Zhen-Shan-Ren.” “Zhen” translates to truth and truthfulness. “Shan” is compassion, benevolence, and goodness. “Ren” is tolerance, forbearance, and endurance. The teachings expound on this point to great depth.

For thousands of years in China, spiritual practices have been handed down quietly from master to student.

The teacher or master of Falun Gong, Li Hongzhi, learned the practice privately and then brought it out to teach to anyone who wanted to learn, starting in May 1992.

Mr. Li crisscrossed China through the end of 1994. He held 54 seminars 8 to 10 days long wherever he was invited. He lectured on the principles, taught the exercises, and fielded questions on the last day of each seminar.

At first, only a few hundred attended each seminar, but by the end of 1994, lecture halls seating several thousand filled up, as word-of-mouth preceded his visits.

People told family, friends, and neighbors about how their ailments, from skin conditions to heart problems, were easing or vanishing. They also related how following the teachings led to better relationships with spouses and co-workers, and generally to a peaceful and relaxed state of mind.

The practice continued growing by word of mouth, from the tens of thousands who heard Mr. Li’s lectures live in 1992–94 to tens of millions by mid-1999. Practitioners included the old and the young, they included university professors and peasants, and they even included generals and Communist Party members.

Practice sites popped up in public parks all across China. Volunteer assistants taught newcomers how to do the movements and brought a tape or CD player to play the music that accompanies the exercises.

After doing the exercises together, while some practitioners would go off to work, some would sit down and read from the main book, “Zhuan Falun,” authored by Mr. Li. Refining the mind and character come through studying this book and other teachings—the texts of which are available for free online—and then applying what is learned in daily life.

Falun Gong practitioners took the practice with them to their universities and companies outside China, with many universities hosting Falun Gong student clubs. Mr. Li gave a full seminar in Sweden in early 1995 and lectured at conferences held by students in the United States, Canada, Australia, New Zealand, Germany, and elsewhere before the CCP began its persecution campaign in 1999.

The FalunDafa.org website lists regular practice sites in some 70 nations today. It states, “All Falun Dafa activities are free of charge.” (Falun Dafa is another name for Falun Gong. “Dafa” means “great way.”)

The number of people practicing outside China grows even as the ban and persecution inside China continues. The evidence of growth is anecdotal, since exact figures are not kept by anyone, and people are free to practice or not as they like.