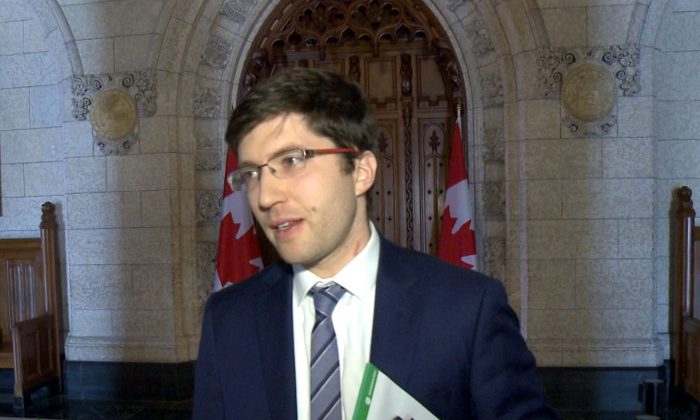 Chinese diplomats who are involved in encouraging overseas students to attack free speech on Canadian campuses should be removed from their position, says Conservative MP Garnett Genuis.

“If there is direct, demonstrable involvement by a foreign diplomat interfering in Canadian institutions in a way that is designed to limit the free speech, or intimidate students who attend events, then the folks who do that should no longer be diplomats in Canada,” Genuis said in an interview.

Earlier this month in the House of Commons, Genuis raised the issue of “foreign governments act[ing] to undermine freedom of speech on Canadian campuses,” including an orchestrated campaign of harassment against a Tibetan student leader, and the Chinese Consulate in Toronto praising Chinese students’ disruption of an event highlighting human rights abuses in China.

In February 2019, the Chinese Students and Scholars Association (CSSA) at McMaster University issued a letter condemning an event hosted at the university to raise awareness about Beijing’s human rights abuses against Uyghur Muslims. During the event, the speech of human rights activist Rukiye Turdush was disrupted by “Chinese students,” as described by Turdush.

The Chinese Consulate later publicly praised the students on its website, saying, “We strongly support the just and patriotic actions of Chinese students.” CSSAs are known for their strong links with Beijing, with many of them funded or openly supported by China’s consulates or embassies.

Genuis pointed out in the House that there was no response from the government to what he called the “gross abuse of our sovereignty by the consulate.”

“The attitude of the current Liberal government is that we should do everything possible to avoid giving offence, being critical, and therefore by extension, not take a stand … and push back against things that obviously go against our interests and our values,” he told The Epoch Times.

“I would suggest that that is a policy of appeasement—of accepting outrageous interferences in our sovereignty that no other country would accept—and that makes us more vulnerable to further attacks.”

The Epoch Times contacted the Minister of Public Safety‘s office requesting comment, but received no response.

The CSSA at McMaster was recently stripped of its official club status by the student union due to its alleged links to the Chinese Consulate.

There are less obvious examples of speech suppression as well, Genuis says, such as students self-censoring to avoid upsetting the Chinese regime. He cites the example of the Carleton International Relations Society asking their members not to raise controversial topics during a visit to the Chinese Embassy in late November 2019.

“Softer influence are obviously harder to deal with, and I think this is an area that requires greater study and dialogue in institutions—how we can help strengthen them in terms of being able to resist these influences,” he says.

“[Ottawa should] deal with the egregious cases first, right away, and then begin the work and analysis on how to confront the subtler, less obvious cases.”

In the House on Jan. 20, Genuis asked a special committee to look into the situation of foreign interference with students’ freedom of speech at universities, saying that “preserving the integrity of academic institutions is something in which there is a pressing national interest.”

Universities are supposed to be places where free and open conversation flourishes, he says, but if they fail in that due to foreign interference or other problems, then the dialogue can’t happen and opportunities for positive social change are lost—especially regarding international students.

“The hope would be, of course, when international students come, they’re able to learn about and, in many cases, adopt the kinds of values that we have here in Canada and then use those lessons to pollinate change in their home country,” Genuis says.

“But when those students face ongoing intimidation and monitoring by their home government, along with threats, possibly, to members of their family if they don’t act in the way the home country thinks they should, then we miss that opportunity to advance these values of freedom and democracy, human rights, and the rule of law that we believe in and want to spread.”

Michael Wing
Editor and Writer
Michael Wing is a writer and editor based in Calgary, Canada, where he was born and educated in the arts. He writes mainly on culture, human interest, and trending news.