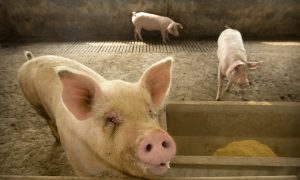 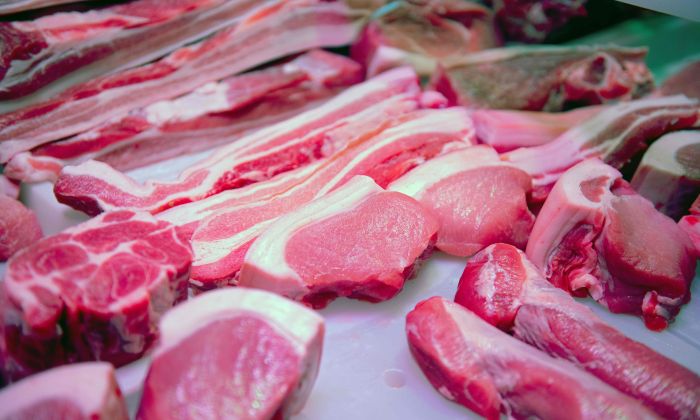 The Chinese regime recently hinted at the gravity of China’s pork shortage due to the impact of African swine fever on current stocks.

Since the first outbreak in Shenyang, the capital of northern China’s Liaoning Province on Aug. 1, 2018, the disease has spread to all Chinese provinces. The illness kills nearly every pig that contracts it, but is not known to have harmful effects on humans.

The disease has also been detected in Mongolia, North Korea, Vietnam, Laos, Cambodia, and Burma (also known as Myanmar), according to an Aug. 22 report from the United Nations’ Food and Agriculture Organization (FAO), but their governments have not confirmed that the disease spread from China.

The FAO reported on Aug. 9 that almost 5 million pigs have died or been culled in Asia due to the disease in the past 12 months.

China is the world’s largest pork producer and consumer. In 2018, its production totaled 54.04 million metric tons, falling 0.9 percent compared to the year prior, according to China’s National Bureau of Statistics.

In its latest report on the country’s hog business released on Aug. 16, China’s Ministry of Agriculture and Rural Affairs stated that the quantity of living pigs in July was 32.2 percent less than in the same period last year. Meanwhile, the quantity of breeding sows was 31.9 percent less.

Chinese Premier Li Keqiang also chaired an executive meeting on Aug. 21 for the cabinet-like State Council, where the hog industry and current supplies was one of three main topics discussed, according to an official report posted on the central government’s website.

Beijing set several requirements to ensure the industry’s stability, including instructing each level of government to provide subsidies to assist hog farms impacted by the epidemic; remove any regulations that limit how many hogs farms can raise; and “guarantee the pork supply.”

Zhejiang Province, for example, has responded to the directive by encouraging farmers to set up 40 more large-scale pig farms, and offering a 500 yuan ($70) subsidy for each newly-purchased sow that farmers purchase.

But shortages have caused pork prices to skyrocket. Pork prices have become one of the hottest topics on Weibo, a social media platform similar to Twitter. Chinese netizens have complained that they are unable to afford pork, the most popular choice of protein.

On a supermarket price list shared by a netizen from Zhangzhou City of Fujian Province on Aug. 21, different cuts of pork meat were priced at more than 50 yuan per “jin” ($6.89/pound), a Chinese unit of measurement equivalent to 500 grams. Pork bones cost 46.8 yuan per jin (roughly $6.2/pound), while pork offal cost more than 20 yuan per jin ($2.76/pound).

Prices shared by a Shanghai netizen on Weibo were slightly lower, but in the same range.

State-run newspaper Beijing News quoted a food vendor on Aug. 25 as saying: “Pork prices have gone up about one to two yuan per jin every day recently.”

Radio Free Asia (RFA) quoted a pork seller surnamed Yan from Tongren City, Guizhou Province in an Aug. 20 report, saying that due to local shortages, pork prices have been on the rise for the past six months. In Shiqian town that has roughly 306,500 people, there are only seven pigs available for consumption, he said.

To ensure a steady supply, some governments have begun setting production targets and rations for consumers.

On Aug. 20, the Licheng district government of Putian City, Fujian Province, published a new rule that citizens must present their ID when buying pork, and that each person would be restricted to buying a maximum of two kilogram (4.4 pounds) of pork products each time.

The district government said that it would pay a subsidy of 4 yuan ($0.56) per kilogram of pork, allowing retailers to mark their prices slightly lower.