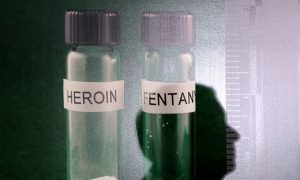 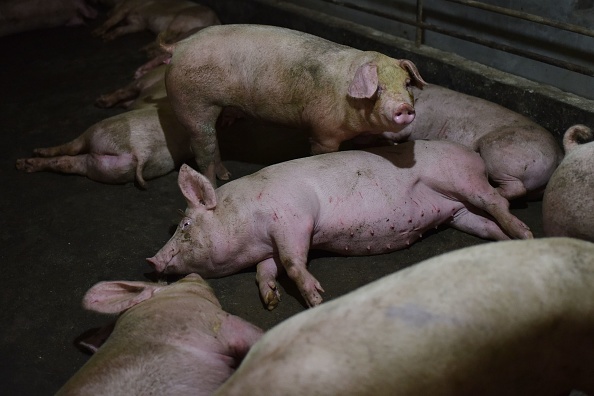 China, the world’s biggest pork producer, probably didn’t think its retaliatory tariffs on U.S. pork would come back to haunt it. But the decision to buy pork from other countries instead is now looking every bit like a disaster, as several Chinese cities seek to cope with a pork-disease outbreak that may have its origins in Russia.

China has imported fewer U.S. agricultural goods as a result of the tariffs. To make up for the loss of U.S. imports, China has turned to other countries for procurement. For example, China has recently started buying more soybeans from South America.

Meanwhile, as China’s domestic pork production is not enough to meet the demand, China is sourcing pork from other countries such as Russia—after raising tariffs to 70 percent on U.S. pork. According to a feed product website run by China’s Ministry of Agriculture, China imported 1.22 million tons of pork in 2017, among which about 170,000 tons were from the United States.

China began buying Russian pork at a price of about 12 yuan ($1.76) per kilogram since April to replace U.S. imports, according to an Aug. 23 article by Radio Free Asia (RFA).

The current African swine fever (ASF) outbreak in China first occurred in Shenyang, the capital of northern China’s Liaoning Province in early August. ASF is a highly contagious disease affecting pigs and wild boars; there’s no cure or vaccine. However, the disease isn’t harmful to humans, even if infected pork products are consumed.

The illness likely arrived in China via imported pork products, Wantanee Kalpravidh, a veterinarian at the United Nations’ Food and Agriculture Organization, told the scientific journal Science. A genetic analysis indicates that the virus found in China is closely related to a strain circulating in Russia, the journal reported. Almost 50 pigs have died from ASF, according to an Aug. 26 article by Chinese weekly The Economic Observer.

Russia has been plagued by ASF in the past decade, according to the website Pig Progress, which is run by Proagrica Media, an agriculture market research firm. Russia has culled more than 2 million pigs since the initial ASF outbreak in Russia in 2007.

China has culled more than 25,000 pigs as a result of the outbreaks, according to an Aug. 26 article by Hong Kong media Apple Daily. In addition, Wuhan City, Hubei Province, issued a warning for people buying pork from 12 ASF-risk provinces and cities, including Beijing, Tianjin, Inner Mongolia, Liaoning, Heilongjiang, and Jilin, Apple Daily reported in a separate article, citing a government document.

Since at least 2016, China has turned to Russia for large quantities of pork imports. China became Russia’s biggest export market for food products in 2016, totaling $1 billion, according to the state-run Xinhua news agency.

In May, Russian President Vladimir Putin, while speaking to officials from the State Duma, the lower house of Russia’s Federal Assembly, said it was Russia’s strategic plan to oust the United States from the Chinese pork market, and supply China with Russian pigs, according to a May 5 article by the Parliamentary Newspaper, the official weekly publication of the Federal Assembly.

In an Aug. 24 interview with Radio Free Asia, Zhuang Lei, a resident of southern China’s Fujian Province, was concerned that the outbreak had spread to so widely in such a short time.

“I believe the country has failed to set up a control system in place, which leads to this disaster,” he said.

Two days of China–United States trade talks, which ended on Aug. 23,  left the two sides divided. During the negotiations, which was headed on the American side by Treasury Undersecretary David Malpass, the United States voiced concerns about how American companies have suffered from China’s unfair trade practices, while China claimed it had complied with WTO (World Trade Organization) obligations.

A source described to Reuters the U.S. response: “We’re not going to care about the WTO as you fuel overcapacity, wreck industries, and steal IP (intellectual property). We’re not going to sit on our hands,” according to an Aug. 25 report.

Correction:
A previous version of this article misidentified where Jiangsu Province is located. Jiangsu is a eastern-central province of China. The Epoch Times regrets the error.